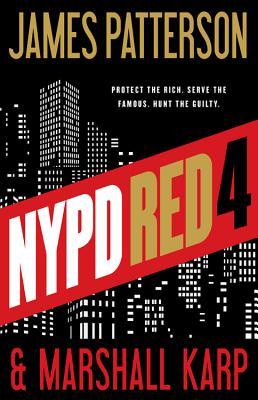 Synopsis: A jewel heist. A murdered actress. A killer case for NYPD Red.

In a city where crime never sleeps, NYPD Red is the elite task force called in when a case involves the rich, famous and connected. Detectives Zach Jordan and Kylie MacDonald are the best of the best – brilliant and tireless investigators who will stop at nothing to catch a criminal, even if it means antagonising the same powerful people they’re supposed to be helping.

When a glitzy movie premiere is the scene of a shocking murder and high-stakes robbery, NYPD Red gets the call. In a hunt that takes Zach and Kylie from celebrity penthouses to the depths of Manhattan’s criminal underworld, they have to find the cold-blooded killer – before he strikes again.

Review : This is a novel I was curious to discover. I usually have a good time with James Patterson’s novels and if I only read one volume of the series, it didn’t bother me too much. But I would still recommend reading the series in order.

A young starlet was killed when a necklace she was supposed to wear for a performance was stolen and it’s up to Kylie and Zach to find out what happened. The case is strange, and on top of that they will have to face many other problems. Kylie’s husband has disappeared, the relationship between Zach and Cheryl is in trouble and a thief is robbing hospitals. So you can imagine that our heroes won’t have time to get bored!

I had a little trouble at first getting into the story and getting interested in what was going on. However, little by little, I enjoyed following all the storylines of the novel. I was very curious to see what was going to happen between Zach and Cheryl and Kylie and Spence.

In the end it was a pretty nice novel and I am curious to find the characters for a new adventure.