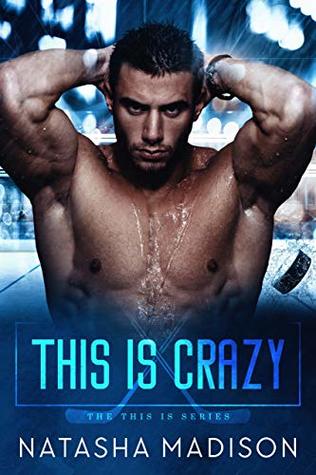 All my life, I’ve said I will never date a hockey player. I know better because I’ve seen and lived it all. My father is a hockey god, my brother is the captain of the most successful NHL team in the world, and my brother-in-law also plays in the league. Their lives are complicated, so I went in the opposite direction.
I fell in love with a scholar. But instead of proposing marriage, he broke up with me.
Three months later, I saw his engagement picture on Instagram. I couldn’t let him get away with that. No, it didn’t matter what, I was going to make that man see that I did not need him.

Evan Richards
I was in the running to pass my point record from last year, ready to claim the number one spot in the league. On top of my game, I was riding my career high wave.
Then, Hockey’s Princess, Zara Stone tweeted me. She wanted me to crash her ex’s wedding.
The worst that could happen? A PR nightmare. The best? A fun night with a beautiful woman.
It started out as a game—something I’m good at. Her crazy idea twisted into something I wasn’t looking for, something neither of us wanted.

When push comes to shove, one thing runs through my mind:
This is Crazy. Also, this is crazy right.

Review: I love sports romances and having never read a Natasha Madison novel before, I was curious to start this series. Hockey, romance, a relationship that starts out a little unexpected? I always love that! However, I have to say that in the end, I was a little disappointed…

The thing that bothered me the most was the insta-love. I’ve always had a lot of trouble with that and it’s very prominent here. Everything goes very fast between the two characters, it’s not very credible… I also found that the story was dragging on, there is not much suspense, and in short, I had trouble with it.

However, it’s true that it started well. I really liked the basic idea, but I just couldn’t connect. I expected more from the story. That doesn’t mean you won’t have a good time with this novel. It just may not have been the right time for me to read it.

10 thoughts on “This Is Crazy by Natasha Madison”