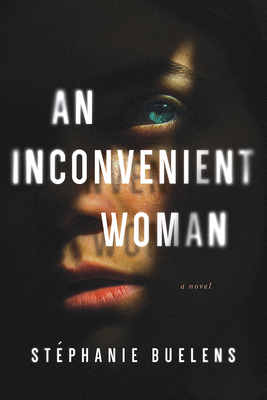 Synopsis: Claire Fontaine is convinced that her ex-husband killed their teenage daughter all those years back and believes he’s capable of killing again. When she sees him move in with another woman, to play step-father for a girl the same age as the one she lost, Claire tries desperately to warn the new bride of the danger her family is in. But when the woman dismisses her admonishments, she feels she must take matters into her own hands and stop the crime she failed to stop before.

Sloane Wilson left the LAPD to work as a “sin eater,” a contractor for hire who specializes in cleaning up inconvenient situations—situations which, for whatever reason, are better handled outside the law. Like, for example, an ex-wife who stalks her former husband, throws paint on his door, and makes vague, violent threats to his new wife. A domestic dispute like that can get messy when the cops are called; plus, there is a risk that their presence will aggravate the woman in question.

As Sloane investigates her newest mission, however, she finds that there is more to it than meets the eye, uncovering a history of trauma that casts aspersions on the stories of both Claire and Sloane’s client. In a case where objective truth is increasingly muddled by passions, suspicions, and fears, she soon loses the ability to distinguish fact from fiction. But Sloane knows one thing for certain: sometimes the only way to prevent a crime is by committing one.

Review: The synopsis of this novel intrigued me when I discovered it.

Claire Fontaine is considered crazy by everyone. Why? She accuses her ex-husband, Simon, of being responsible for her daughter’s death after her daughter accused him of touching her. But that’s not all, she has always claimed that her father tried to kill her. She is paranoid, everyone knows it. When Simon decides to remarry and the woman in question has a daughter the same age as her dead daughter Melody, Claire knows she can’t stand by and do nothing. She is determined to stop the ceremony. Simon, on the other hand, is furious! He won’t let her! So he decides to hire a former cop to deal with his ex-wife. However, as the investigation progresses, the former cop discovers that Simon and Claire have many secrets and nothing is simple.

I had a good time with the novel, but I had a hard time getting hooked on the story at first, maybe because of the style. The overall story is nice, but I have to admit that I expected a little more. The ending was pretty good.

5 thoughts on “An Inconvenient Woman by Stéphanie Buelens”