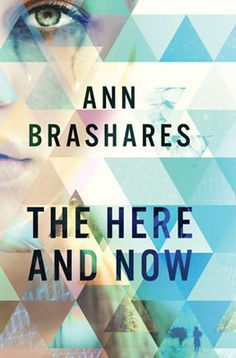 Synopsis: An unforgettable epic romantic thriller about a girl from the future who might be able to save the world . . . if she lets go of the one thing she’s found to hold on to.

Follow the rules. Remember what happened. Never fall in love.

This is the story of seventeen-year-old Prenna James, who immigrated to New York when she was twelve. Except Prenna didn’t come from a different country. She came from a different time—a future where a mosquito-borne illness has mutated into a pandemic, killing millions and leaving the world in ruins.

Prenna and the others who escaped to the present day must follow a strict set of rules: never reveal where they’re from, never interfere with history, and never, ever be intimate with anyone outside their community. Prenna does as she’s told, believing she can help prevent the plague that will one day ravage the earth.

But everything changes when Prenna falls for Ethan Jarves.

Review: Younger, I took great pleasure in reading the Ann Brashares novels and I was curious to read one of her new writings. I saw the novel on several blogs and while the opinions were quite different, I wanted to see for myself how the story would be. And I can tell you now that I’ve had a good time with this new book.

Prenna is a bit different from the other girls. After fleeing a future where disease and death are everywhere, she and some of her people have opened a portal to immigrate in the past and to try to see if it was possible to stop this thing that destroyed their world. Yet, while they thought they could live a free life, it seems they are all locked in a cage of fundamental rules. They can not bind relationships with natives, can not be treated for health problems, can not reveal the truth and are constantly monitored by their leaders. You can imagine that this is something really unpleasant and yet they all follow these rules that seem so important. But even if Prenna understands the need for some of them, it is very difficult for her to follow them all, especially when she begins to fall under the spell of a native who knows more about her lifestyle than she thinks. They will have to team up to try to outsmart the moment that tipped the lives of many people. It is also through this quest that they’ll be able to learn a little more on each other and todiscover that things are not necessarily good or bad and that there are variations for everything.

Despite a rather rebellious appearance, I found Prenna was sometimes a little too naïve. There are things that we understand and that we accept fast enough, which is not the case of the girl and it’s true that I struggled to understand that. But it is also a person who does not hesitate to stand up against her leaders, who nevertheless have a great power over them. I was really impressed to see what she could do when she thought that her actions were justified. She does not think of the consequences that might fall on her, as soon as she can correct the mistakes of the past. Her relationship with Ethan is really cute. We understand immediately that they both greatly appreciate each other and things between them develop slowly before our eyes and I confess that I liked the ideas of the author about them, as she didn’t take it easy with her characters. Ethan is also a character that I enjoyed. He is very smart and does not let him down by all the new information coming down on him continually. He is there for Prenna to help her and to try to understand what is happening and will happen exactly.

This story was a nice surprise even if it is sometimes true that our heroine is perhaps a little too silly. I loved to understand what happened in this futuristic world. However, I am curious to see if we’ll have sequel as many questions remain somewhat unresolved.

46 thoughts on “Here and Now by Ann Brashares”