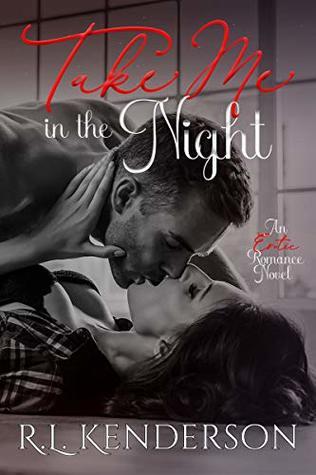 Synopsis: First, he took my heart.

It started in high school. I was his girlfriend…he was the love of my life.

We had plans for after graduation. We were going to escape—he from his family’s reputation and me from my father’s control.

But all that changed the summer before college. Charged with a crime he hadn’t committed, he was whisked away from life, never to be heard from again.

Then, he takes my body.

Twelve years later, he’s back. He’s bigger, he’s tougher, and he’s harder around the edges. He’s no longer the boy I fell in love with.

But I’m no longer the girl who gave him her heart.

Everything’s changed between us. Anger, resentment, and bitterness have replaced happiness, love, and trust.

Except for when darkness falls. That’s when he comes to me at night, taking what is still his.

When the lines between our old love and our new hate begin to blur, I know that, this time, I might not survive if he leaves.

Addison and Maddox always thought they could follow the perfect love, move away from their parents to be together. But an event has turned everything upside down and if they are both angry at the other, it’s not exactly for the same reason. However, here Maddox is back in town and although Addison tries to persuade herself that nothing can happen, she can not help but fall back under his spell. But this “relationship” will also bring a whole new set of problems!

I really had a good time with this novel. The narrative alternates between the two characters and it was interesting to discover the point of view of each of them. It’s very easy to focus on Addison. She makes every effort to help everyone even if it is not easy and Maddox will realize that she is not the spoiled little girl he thought she was. However, it must be said that it is sometimes a little frustrating that they both really refuse to talk to each other because several misunderstandings could have been quickly dissipated. But hey, it would be less funny if the characters really spoke to each other.

So yes of course, there is a lot of sex too but it’s not really embarrassing because the story is really interesting and I was very curious to find out what was going to happen. It was not a very complicated novel but it was a good discovery.

12 thoughts on “Take Me in the Night by R.L. Kenderson + Giveaway”