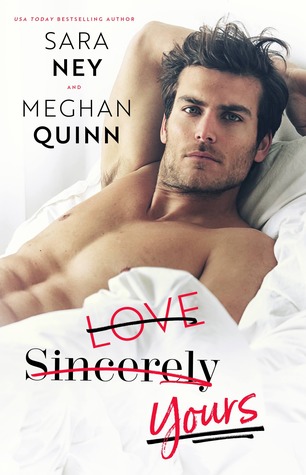 To whom it may concern,
Full disclosure; before we move forward with this email, I would like it to be known that I have consumed an adequate amount of alcoholic beverages to intoxicate myself tonight. Three margaritas, two shots, and one beer—because it was free.
I think it’s important to be open and honest with your co-workers, don’t you?
So here I am, being honest. Drunk but honest. Or just drunk with lust? You decide.
I like you so much it’s clouding my judgment and making me do things I never would sober. Like write this letter.
I have a hopeless, foolish, schoolgirl crush on you when you are the last person on earth I should be falling for. Did you know people around the office call you a sadist? An egomaniac. An insensitive, arrogant prick. Your bark is worse then your bite, and you don’t scare me. The fact is, I’d love that bite of yours to nip at my bare skin while we’re both wearing nothing but sheets.
For once I want you to look at me as more than one of your employees.
And as long as we’re being honest, that navy blue suit you wear? With the crisp white shirt? It really makes me want to loosen your tie and show you who’s boss.
Love,
Sincerely,
Yours.

Review: This is a synopsis that attracts the attention and the mix of the two authors intrigued me all the more. How to resist it?

Peyton leaves her company to start her own business, but she knows that her boss whom she has a crush on will not be happy. Even very far from that! But in two weeks she will no longer need to rub shoulders with him so why not follow the idea of ​​her girlfriends and to send an email where she finally confesses what she feels for him. Anonymity of course! She did not expect him to answer, however, and even less to start to exchange with him! But now, Rome is really trying to find out who she is and he promised to fire her, if not worse, if he finds out who she is.

I had a good time with this novel even if I must say that something was lacking for me. Rome is a finished asshole and I admit that I am quite surprised that Peyton fell under his spell. However, he will change and open up a little more to others at her touch. But nothing will be really simple.

I had a good time, light, but I would have liked to appreciate a little more Rome I think.

9 thoughts on “Love, Sincerely, Yours by Sara Ney & Meghan Quinn”