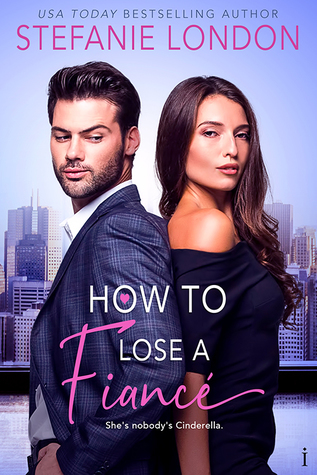 Synopsis: Sophia Andreou has always been the “good daughter” who tried to keep her domineering father happy. She followed the rules and did everything that was asked of her. But this time, her father is asking too much. The family company is crumbling, and her father has arranged a marriage to a Greek billionaire who can save their property business. What?! Umm no thank you. If Cinderella can dress up to win a prince, surely Sophia can do the opposite and ditch hers…

Dion Kourakis has come a long way from being an orphan with only a single friend to his name. Now he runs a billion-dollar investment company and has the respect of everyone in Europe. His charming personality covers a lot of emotional scars, including his desire to make his mentor proud. Dion doesn’t exactly want a bride to go along with his next business deal, and he plans on letting the lass down gently when they meet…

Only, his future bride has turned out to be nothing like what he thought she’d be. She’s quirky and has a habit of turning up to social events in strange outfits. It doesn’t take a genius to figure out what she’s up to, but the harder she tries to convince him she’d be an awful wife, the more he wants to convince her they’d be perfect together.

Review: I heard a lot about the author and was curious to discover one of her novels.

Sophie has always had to comply with her father’s wishes. He manipulates her, models her as he wishes and she accepts it because he always brings her mother up. But here it is, she doesn’t accept his new request, not at all and she doesn’t know how to get out of this story. He sells his company to a great Greek man, but for this sale to happen he wants his daughter to marry the new owner. Why is that? To have an ancestry on the company through her. This idea repulses Sophie, and if she still goes to see Dion, she does everything to look like the worst woman possible so he cancels the wedding on his side. But Dion is determined and he will soon realize that something is wrong with her.

In romance, we can easily find common frames, but I found that the one in this novel was quite original. I loved Sophie’s ideas for Dion to refuse the wedding. But then, the funniest thing is the taxidermy thing with Princess Sasha. Our heroine invents a whole new life for herself that will drive our billionaire crazy. But there is also more to this transaction and we will gradually discover the wounds that Dion hides.

It was a really nice novel and I must say that I had a great time with the story and the characters! Now that I’ve discovered the author, I can’t wait to read more!

14 thoughts on “How to Lose a Fiancé by Stefanie London”