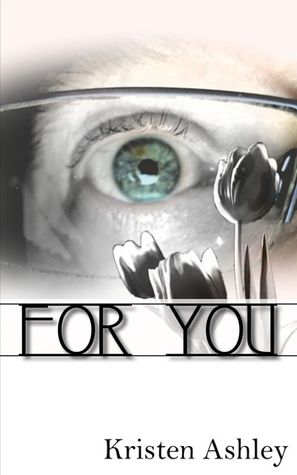 Synopsis: Lieutenant Alexander Colton and February Owens were high school sweethearts. Everyone in their small town knew from the moment they met they were meant for each other. But something happened and Feb broke Colt’s heart then she turned wild and tragedy struck. Colt meted out revenge against the man who brought Feb low but even though Colt risked it all for her, Feb turned her back on him and left town.

Fifteen years later, Feb comes back to help run the family bar. But there’s so much water under the bridge separating her and Colt everyone knows they’ll never get back together.

Until someone starts hacking up people in Feb’s life. Colt is still Colt and Feb is still Feb so the town watches as Colt goes all out to find the murderer while trying to keep Feb safe.

As the bodies pile up, The Feds move in and a twisting, turning story unravels exposing a very sick man who has claimed numerous victims along the way, Feb and Colt battle their enduring attraction and the beautiful but lost history that weaves them together.

Review: This is a new series by Kristen Ashley that I had not yet tried but I admit that I like romance with suspense and I wanted to discover the story and see what the author was going to propose. What surprised me enough is the thickness of the novel that is almost 600 pages and it is true that I read few romances as long as this one. Yet, even though I felt the length, I had a great time with this first volume.

Feb and Colt have always been one of the coule that people were sure would end up together. They are made to be together. And yet, the story did not end like that and no one understands exactly what happened. One thing is certain, they now know that nothing is more possible. It’s been a few years since Feb returned to town to help her brother with his bar and Colt being her brother’s best friend, she sees him a lot. However, she does not speak to him, she does not look at him and she does not listen to him. Something will change in her life when her childhood friend is found murdered in front of the bar. February knows that nothing will be able to return as before when the people who are linked to her continue to succumb. Forced to handle her problems with Colt, Feb will have to face her past, the one she thought forever behind her and on the road she might well succumb again to the charm of the boy she has always loved. Nothing will be easy and a madman is on the run, a madman who seems obsessed with Feb for a very long time.

I really liked this story. The survey is interesting and the relationship between Feb and Colt is quite addictive. We try to understand what may have happened in the past to separate them like that and it is a trip in the past that our two heroes will have to undertake, a journey that will reveal even the most hidden secrets. It’s a touching story of reunion and at the same time a terrifying story when you see what madness can do.

10 thoughts on “For You by Kristen Ashley”