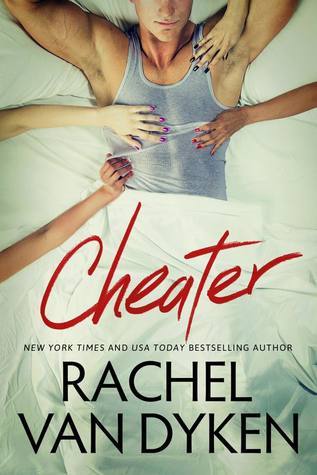 Synopsis: Lucas Thorn wasn’t born a cheater. All it took was a single moment—say, a certain disastrous incident on the night before his wedding—and boom. Reputation destroyed forever and always. So now he owns it. He has a lady friend for every night of the week (except Sundays—God’s day and all), and his rules are simple: No commitments. No exceptions.

But a certain smart-mouthed, strawberry blonde vixen is about to blow that all to hell.

Avery Black has never forgiven Lucas for cheating on her sister. And suddenly being forced to work with him is pretty much a nightmare on steroids. Of course, it does afford her the opportunity to make his life as difficult as possible. But no good revenge scheme comes without payback. Because he didn’t become the Lucas Thorn without learning a few things about women.

Now Avery’s lust for vengeance has turned into, well, lust. And if Lucas stops cheating, it’s definitely not because he’s falling in love…

Review: The synopsis of this novel caught me immediately and I must say that the author seemed to propose something different. How to resist it?

We discover Lucas Thorne who ruined his marriage because of an accident. As everyone thought he was unfaithful, he completely ruined his reputation. Since then, he embodies what everyone thinks of him and he has a woman assigned every day of the week. All are aware and if they want more, he lets them go. But now, his life is going to be completely messed up when Avery Black, the sister of the woman he was to marry, becomes his assistant. And that’s the beginning of the end.

While Lucas does not hide that he finds her very tempting, Avery is determined to make him pay what he did to her family (if during that time she does not get caught in her own game) .

I really had a good time with this novel but something disturbed me a bit. There are several flashbacks where we see Lucas who is 27, fall in love with a 17-year-old Avery. It may only be me but I admit it was a little unhealthy for me. I will not say more because I’m afraid to spoil too much, but I do not know, I struggled about that. However, other than that, I found the story really enjoyable and I loved watching the two characters look for each other throughout the story.