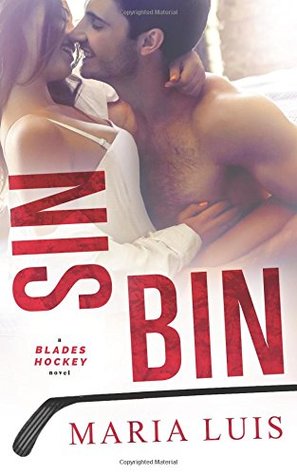 Synopsis: This bad boy hockey player is about to meet his match…

Review: I had really had a good time with the first volume and I was curious to discover this new story! How can we resist it?

Zoe and Andre have a past, a not very glorious one. After sleeping with her and that a video was broadcast, he dropped her off without ever hearing from her again, despite her efforts to change that. The problem is that her job as a publicist has also taken a hit, and even two years later, it’s still complicated for her to get back to work. So when she is taken on a one-month trial period and her first customer is no one than Andre, she knows it won’t be easy. Far from it! His image is catastrophic, his feelings are complicated, and he continues to be a terrible asshole!

I really had a great time with this novel and was curious to find out what the author was going to propose. Zoe is a girl with a lot of character and I was happy to see that she had so many respondents because Andre likes to provoke her all the time! I was also really curious to find out what our hero was hiding, what made him change so much in such a short time.

Yes, it was a good discovery and I was delighted to see Charlie, Duke and Gwen again! Now I want Gwen’s story!!!