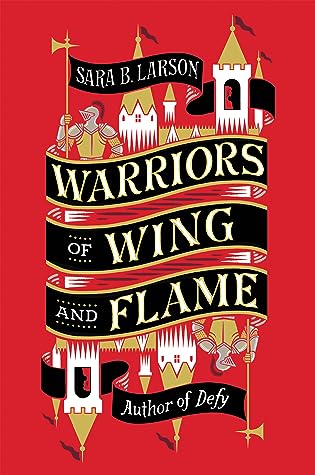 Sisters of Shadow and Light, Book 2

Synopsis: The doorway between the magical Visempirum and the human world has been reopened. Paladin are once more living in the citadel where Zuhra and Inara grew up completely isolated by the magical hedge that trapped them there. Amidst the brewing conflict between the Paladin and humans looms the threat of Barloc, who has stolen Inara’s immense power and continues to elude the Paladin who are desperately searching for him.

In this sequel to Sisters of Shadow and Light, Inara and Zuhra must navigate the treacherous paths of self-discovery, their love for each other, and for the boys who have captured their hearts. Together, they search for the strength within themselves to bridge the divide between the two worlds they inhabit, even as war threatens to destroy everything—and everyone—they love.

Review: I loved the first volume and I was really looking forward to discovering the rest of Inara and Zuhra’s adventures after all the events that had taken place.

Now that the two sisters are together again, they have to deal with the consequences of everything that happened beforehand, and it’s far from easy! With their allies, they will soon have to go after Barloc in order to neutralize him. Unfortunately, Barloc is becoming increasingly powerful and deadly.

It was a pleasure to see all the characters get together, and especially to really witness the reunion of this family that has been separated for so long. Raidyn and Zuhra’s relationship is very touching and it’s nice to see them both trying to understand what they want from each other. And what about Loukas? He’s also a character I really liked!

As in the first volume, the novel alternates between Zuhra’s and Inara’s point of view and if I have a little preference for Zuhra’s, I was also curious to see what her sister thought.

The author offered us two very good volumes and this novel really concludes the story well!

5 thoughts on “Warriors of Wing and Flame by Sara B. Larson”