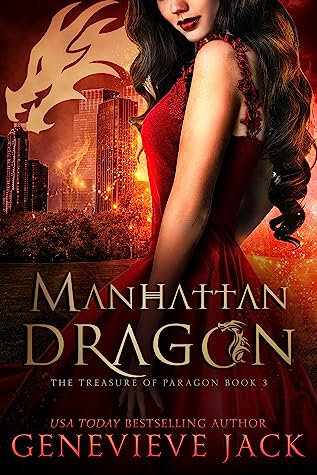 The Treasure of Paragon, Book 3

She’s supposed to be dead.

For Rowan Valor, faking her own death is a regular necessity. How else would an immortal dragon manage to live in a place like Manhattan for close to three hundred years? But changing her identity leaves the community center she founded vulnerable, and for the sake of the children, she must find a way to undo the damage.

Human detective Nick Grandstaff entered law enforcement to escape his violent roots. But closing the door on his past has resulted in an unnatural obsession with his work. Perhaps it’s for the best that his longest relationship has been with his dog. What woman would choose to be with someone with such a dark and tangled history?

To have a future together, both must face their past.

When Nick investigates a case that leads him to Rowan’s door, their passionate connection promises to heal old wounds and grant them both the once-in-a-lifetime love they deserve. But fighting a common enemy entangles them in the dangerous supernatural underworld of Manhattan where power is shifting, and unbeknownst to Rowan, a former ally has become a deadly enemy.

Review: This is a novel I was looking forward to reading after having a great time with the first two volumes. How can you resist when it comes to Rowan Valor, the only woman dragon? I was really curious to find out her story!

Rowan has lived in Manhattan for a very long time and that’s also why she is used to changing her identity. However, she doesn’t expect to cross the path of Inspector Nick Grandstaff during a robbery. If to protect herself, she erases his memories of her, she begins to run into him everywhere she goes. Besides, it seems that something is happening between them whether they want it or not. But now Nick’s new case is going to throw them both into the dark world of vampires while Tobias and Gabriel try to find her on their side.

It was a great novel again and I really had a great time again! Rowan and Nick are two people that we enjoy discovering and following. I was really curious to find out more about Nick’s past and I must say it was well found.

Now I can’t wait to discover the sequel and the story of Alexander that we have heard so much about in this novel.