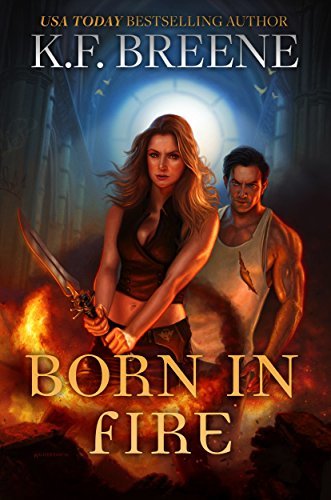 Synopsis: Supernatural Bounty Hunter isn’t the sort of thing you see on LinkedIn. But with a rare type of magic like mine, I don’t have many options.

So dangerous or not, the job is mine. And it was going fine, until an old as sin vampire stole my mark, and with it, my pay day.

Knowing I’m poor and desperate, he has offered me a job. I’ll have to work by his side to help solve a top secret case.

Everyone knows not to trust vampires. Especially a hot elder vampire. But without any other jobs coming up, I’m stuck. As I uncover a web of lies and treachery, revealing an enemy I didn’t know existed, the truth of my identity is threatened. I might make it out alive, only to end up in a gilded cage.

Review: I had never heard of this series or this author before the French release, but I have to admit that when I saw the great reviews on Goodreads, I was more than curious to get into the story and had a great time.

Reagan is a bounty hunter and her latest mission could bring her a lot of money. Problem? She has to team up with a vampire who is as sexy as he is annoying. It’s even more difficult when she has to hide her nature and her powers. But while Reagan is dealing with her past, she must also track down a powerful mage who is causing a lot of trouble.

I don’t want to say too much, but I really enjoyed this first volume. We get to know Reagan and who she really is throughout the novel. It’s pretty hard to say about our dear vampire, but he is slowly making his way into our hearts.

I must admit that I am very curious to discover the sequel now! A very nice first volume!