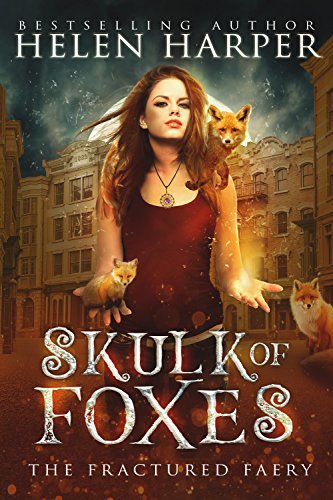 Synopsis: One impending apocalypse. Several crazy faeries. A few troubling plagues of locusts and storms of fire … It’s just another day in Manchester for the Madhatter.

Madrona might still have amnesia and might yet prove to be a vicious murderess but that doesn’t mean she’s going to quit being a heroine just yet. However, while she might be prepared to go to any lengths to stop Rubus from triggering Armageddon, it’s equally possible that the world will end as a result of her actions too. Manchester is experiencing terrifying surges in magic which are causing all sorts of chaotic events to occur. With a dragon, several werewolves and a host of faeries by her side, there is still a thread of hope.

Review: And here is the conclusion of the series featuring our dear Madrona.

Our dear Madhatter will, as always, find herself in some big problems! The opposite would have been surprising. You can imagine that now that she has the sphere, everyone is after her, Rubus at the top of the list. But how to save the world? As the world seems to be coming to an end on Earth, our heroes are going to have to do everything they can to thwart Rubus, while trying to limit magic to prevent crazy things from happening (does a pink elephant sound familiar? Well yes, magic has created one and it’s not very nice!).

I had a great time with this last volume. If I had a little trouble with the first one, I found the series to be very nice in the end. Madrona is a unique character that we love to discover! This novel is action packed to an unexpected finale. I recommend it!

7 thoughts on “Skulk of Foxes by Helen Harper”