After a stint in an alien prison, Captain Ari Rose wonders why she even bothered to survive. Stripped of her command and banished to her father’s scientific expedition to finish a Ph.D. she doesn’t want, Ari never planned to languish quietly behind a desk. She wasn’t built for it, either. But when pirates commandeer her father’s ship, Ari once again becomes a prisoner.

As far as pirate leader Cullin is concerned, Ari’s past imprisonment puts her dead center in Cullin’s sights. If she hasn’t been brainwashed and returned as a spy, then he’s convinced she must be part of a traitorous alliance endangering billions of lives. Cullin can’t afford the desire she fires within him and he’ll stop at nothing, including destroying her, to uncover the truth. 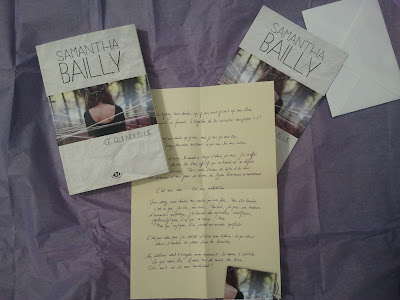 When her uncle is brutally murdered, and the cops seem uninterested in following up the case, Skylar journeys to California to seek answers. Her search for clues is soon overshadowed by haunting nightmares of a young woman also murdered in the house.

Now the inhabitants of Summerwind are mysteriously dying, leaving no evidence as to how or why, and Skylar finds herself in a deadly race against time to expose the killer—before they strike again.

Armed with only wit and Pradas, Skylar begins questioning the servants, but the growing list of suspects includes the sexy and brooding caretaker, Dorian, a man desperately trying to forget his tragic past. And a major distraction for Skylar.

Determined to play detective—instead of the fashion police—and unravel the dark history of the mansion, Skylar is plunged into an otherworldly mystery that not even she can explain away. As the boundaries between reality and dreams blur, Skylar’s greatest challenge is to stay alive long enough to learn the truth.

The Monsters In Your Neighborhood (Monstrosity, 2) – Jesse Petersen

As one of Frankenstein’s Creatures, Natalie Gray knows that unique parts sometimes make up a great whole. Still, leading a diverse support group for monsters-now including Cthulhu!-isn’t an easy task. Especially not since the internet arrived. New York City embraces the different and the bizarre. Still, even for such a fun-loving city, the supernatural and monstrous might be a bit too much. It’s been six months since the members of “Club Monstrosity” overcame the most recent spate of anti-monster violence and they’ve reestablished their routine of meeting in a church basement once a week to (ugh!) talk about their feelings. Still, they also know a war against them is brewing.
Natalie and Alec (the werewolf) have begun dating, and the mummies Kai and Rehu are tighter than a bug in a…well, bandage. But when modern means (YouTube, Twitter, bits and bytes) are used to chilp away at the solidarity of these ancient monsters, it’s up to Natalie to save the day. #MonstersInNewYork may be trending on Twitter, but this girl’s trending toward saving the day…somehow. Rafael Angelos just got handed the greatest gift any teenage boy could ever dream of. Upon arriving at his new boarding school for senior year, he discovered that he is the ONLY male student. But what should have been a godsend isn’t exactly heaven on Earth.

Raffi’s about to learn that St. Mary’s is actually a hub for demons-and that he was summoned to the school by someone expecting him to save the day. Raffi knows he’s no angel-but it’s pretty hard to deny that there’s some higher plan at work when he wakes up one morning to discover a glowing circle around his head. Celia Wird and her three sisters are just like other twenty-something girls—with one tiny exception: They are the products of a curse that backfired and gave each of them unique powers that made them, well, a little weird…

After Celia Wird and her sisters help master vampire Misha save his family, their powers are exposed to the supernatural community of the Lake Tahoe region. But fame comes at a price, and being “weird” isn’t always welcome.

To make matters worse, Celia desires the love of Alpha werewolf Aric, but his pack is bent on destroying their relationship to preserve his pureblood status. And once weres start turning up dead—with evidence pointing to the vampires—she must face the prospect of losing Aric forever. But the chaos only masks a new threat. An evil known as the Tribe has risen—and their sights are set on Celia and her sisters. A teenage girl is transformed into a reluctant superhero and must balance her old life with the dark secret of who she has become.

Prima ballerina Anthem Fleet is closely guarded by her parents in their penthouse apartment. But when she meets the handsome Gavin at a party on the wrong side of town, she is immediately drawn into his dangerous world. Then, in a tragic accident, Anthem falls to her death. She awakes in an underground lab, with a bionic heart ticking in her chest. As she navigates her new life, she uncovers the sinister truth behind those she trusted the most, and the chilling secret of her family lineage…and her duty to uphold it. The Chaos of Stars – Kirsten White

Isadora’s family is seriously screwed up.

Of course, as the human daughter of Egyptian gods, that pretty much comes with the territory. She’s also stuck with parents who barely notice her, and a house full of relatives who can’t be bothered to remember her name. After all, they are going to be around forever—and she’s a mere mortal.

Isadora’s sick of living a life where she’s only worthy of a passing glance, and when she has the chance to move to San Diego with her brother, she jumps on it. But Isadora’s quickly finding that a “normal” life comes with plenty of its own epic complications—and that there’s no such thing as a clean break when it comes to family. Much as she wants to leave her past behind, she can’t shake the ominous dreams that foretell destruction for her entire family. When it turns out there may be truth in her nightmares, Isadora has to decide whether she can abandon her divine heritage after all. Kara Gillian is in some seriously deep trouble. Meet Isabel “Izzy” Spellman, private investigator. This twenty-eight-year-old may have a checkered past littered with romantic mistakes, excessive drinking, and creative vandalism; she may be addicted to “Get Smart” reruns and prefer entering homes through windows rather than doors — but the upshot is she’s good at her job as a licensed private investigator with her family’s firm, Spellman Investigations. Invading people’s privacy comes naturally to Izzy. In fact, it comes naturally to all the Spellmans. If only they could leave their work at the office. To be a Spellman is to snoop on a Spellman; tail a Spellman; dig up dirt on, blackmail, and wiretap a Spellman. Part Nancy Drew, part Dirty Harry, Izzy walks an indistinguishable line between Spellman family member and Spellman employee. Duties include: completing assignments from the bosses, aka Mom and Dad (preferably without scrutiny); appeasing her chronically perfect lawyer brother (often under duress); setting an example for her fourteen-year-old sister, Rae (who’s become addicted to “recreational surveillance”); and tracking down her uncle (who randomly disappears on benders dubbed “Lost Weekends”). But when Izzy’s parents hire Rae to follow her (for the purpose of ascertaining the identity of Izzy’s new boyfriend), Izzy snaps and decides that the only way she will ever be normal is if she gets out of the family business. But there’s a hitch: she must take one last job before they’ll let her go — a fifteen-year-old, ice-cold missing person case. She accepts, only to experience a disappearance far closer to home, which becomes the most important case of her life. A century after a devastating volcanic eruption forced Iceland’s inhabitants to abandon its shores, the island has become enshrouded in legend. But the truth behind the legends is mechanical, not magical—and the mystery of the island a matter of life and death for a community of women who once spilled noble blood to secure their freedom.

Five years ago, Annika unwittingly endangered that secret, but her sister Källa took the blame and was exiled. Now Annika serves on an airship, searching for her sister and longing to return home. But that home is threatened when scientific expedition leader David Kentewess comes aboard, looking to expose Annika’s secrets. Then disaster strikes, leaving David and Annika stranded on a glacier and pursued by a madman, with their very survival depending on keeping the heat rising between them—and generating lots of steam