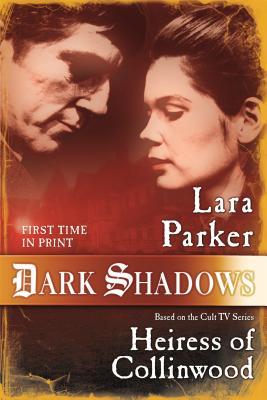 An orphan with no knowledge of her origins, Victoria Winters first came to the great house of Collinwood as a Governess. It didn’t take long for the Collins family’s many buried secrets, haunted history, and rivalries with evil forces to catch up to Victoria and cast the newcomer adrift in time, trapped between life and death.
At last returned to the present, Victoria is called back to Collinwood by a mysterious letter. Hoping to fill in the gaps of her memories by meeting with the people who knew her best, Victoria returns to the aging mansion. However, she soon discovers that the entire Collins family is missing—except for Barnabas Collins, a vampire whose own dark curse is well known. Victoria discovers that she has been named sole heir to the estate, if only she can prove her own identity.
Beset by danger and dire warnings, Victoria must discover what dread fate has befallen Collinwood, even as she finally uncovers a shocking truth long hidden in the shadows . . .

Review: I did not know about the TV show at all, nor the books associated, but the synopsis of the story immediately intrigued me I must admit it. I was afraid of being a little lost in relation to the events … I admit that I had a little trouble at the beginning of the story to get to understand everything that was going on, as well as the lifestyle of the heroine. Indeed, we find ourselves in the 18th century and we follow our heroine who, through several actions, will be found in the present. Well I confess that I was a bit lost regarding that part and I had trouble connecting to the story but as soon as we come back to our time, by starting a new story, it was easier to follow the events.

I think I missed a lot of information about everything that happened before and I surely have questions whose answers have already been given but I still had a great time. We learn to discover Victoria Winters, a young journalist who returns to the city that welcomed her after receiving a letter. But as the young woman goes to the dwelling she inhabited so many years ago, it would seem that the entire family has disappeared and that she has inherited the house. But in order for the house to belong to her, she must be able to prove her identity but by being an orphan, she does not hold such documents. In search of her past, Victoria will face many hidden secrets that she did not suspect, but she will also have to face the ghosts present in the mansion and who seem to desire her help.

Courted by all and not knowing who to trust, our heroine will try to unravel the true from the false to save the family that she has always appreciated. It was an interesting and different reading and I confess that I was curious to discover the end of the story that I did not suspect. As I said, there are many holes that I can not fill in but it was a good discovery that made me want to know more. A mixture of travel in time, mystery and paranormal.

11 thoughts on “Dark Shadows: Heiress of Collinwood by Lara Parker”