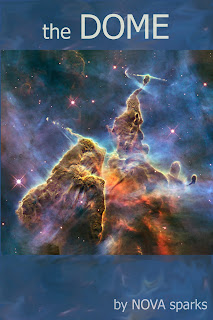 One thing that I love the most about being an author is that I get to be whoever I want to be and go anywhere in the world I want to go. One of my main characters, Emma, is a seventeen year old rebellious girl who can’t help but cause trouble. On the outside she seems like this really difficult person with a hard exterior, but she has a really soft side; a side rarely seen by the other characters in the DOME. Of course, Emma is NOTHING like me, but I get to be her by writing about her. To me, my characters are real people. I often find myself getting upset about many of the decisions my characters make, not thinking about the fact that I’m the one writing the darn story. I think that is an important thing to keep in mind when writing a story; making sure who you are and who your character is don’t get confused.

My other main cha 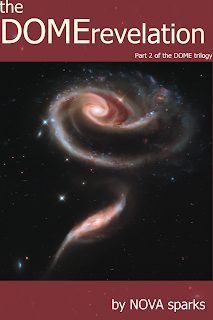 racter’s name is Sam, and he is a thirty seven year old man from colorado. If there is such thing as an ALL AMERICAN guy, he would be it. Now I don’t know if you guys have noticed by now, but I am a woman. A woman in her twenties. I’m obviously not a thirty seven year old man. This took a lot of backtracking and going over my writing to make sure that my Sam character didn’t sound like a chick in her twenties. It was sosrt of difficult but after a while I got used to asking my boyfriend and my male friends to read over my work and make sure I wasn’t going over board. It was really fun.
So what is the DOME trilogy about? The story follows an all American family from a small town in Colorado who are shaken to the core after they and thousands of other Earthlings are rescued by an alien race and taken to another planet to live in a Dome that simulates life on Earth. But there’s something seriously wrong. Why did the aliens save them and how did they know about Earth’s fate? There is something that they aliens want from the humans and Sam along with his teenage daughter, Emma, won’t rest until they find out what it is. I hope that you guys take time out to purchase the DOME (now 99 cents) and will look out for the DOMErevelation, part two of the DOME trilogy! I had a lot of fun writing it and I promise you will have a lot of fun reading it!

Nova Sparks Author of the DOME (the DOME trilogy #1)