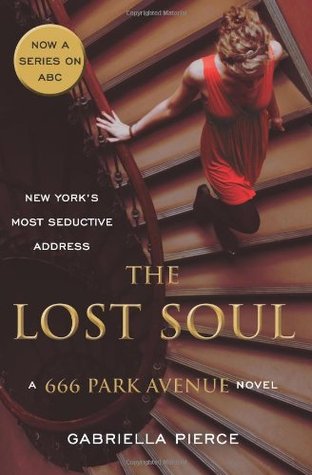 Synopsis: For the original Gossip Girl and Vampire Diaries fans who are now all grown up, comes the third installment in Gabriella Pierce’s richly gothic contemporary series about the darkness lurking behind the gilded halls of New York high society, and the elite Upper East Side witches who rule Park Avenue…

Jane Boyle has long since known that her mother-in-law is a witch, but she’d never imagined Lynne Doran was actually the embodiment of a powerful, ancient, body-snatching evil! Now that Jane and her friends have uncovered Lynne and 666 Park Avenue’s dark truth, they must race against the clock to find a way to destroy the ancient witch before she finds her next unwilling host. And as Jane attempts to tap into power stronger than her enemy’s, her estranged husband Malcom arrives in time to join the fight. But can she grow to trust him before it’s too late?

Review: Jane helped Lynn Doran, her mother-in-law, found her missing daughter Annette. But if Lynn such wants an heiress, she has to be able to steal her body. Jane is going to need the help of her friends and her husband Malcolm to convince Annette that she is in danger and get rid of the evil that dwells Lynn Doran.

This is a very good ending for this series. I was very surprised by some events, that really not end as I would have thought. That is, it changes of too conventional ends.

10 thoughts on “The Lost Soul by Gabriella Pierce”