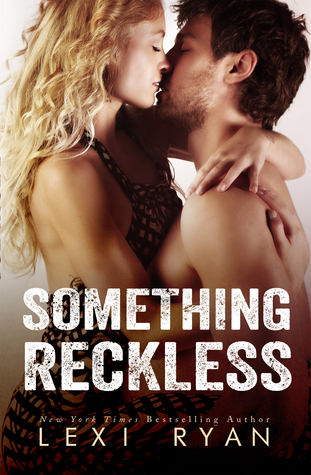 Synopsis: He talks dirty to me, but I don’t know his name.

He wants to tie me up, but I don’t know his face.

He turns me on, but I couldn’t point him out in a crowd.

I’ve fallen for an anonymous stranger, and now the anonymity ends. I want more than typed secrets and texted promises. I want something reckless. Heat. Passion. The thrill of being entirely possessed.

Because I suspect this anonymous stranger isn’t a stranger at all.

Lizzy Thompson met riverrat69 online through a service promising to deliver meaningful relationships by forbidding its users to share names or photos until they’ve reached a certain benchmark. She was looking for love. He was researching an investment. They hit it off. Talked and flirted, hid behind screen names and cartoon avatars.

Now they’re breaking the rules and meeting in person. But Liz is prepared. She’s picked up hints and followed clues. She’s nearly convinced she’s discovered the identity of her dirty-talking online friend.

She wonders if her ex-lover Sam Bradshaw knows her identity too.
When she rolls the dice on one reckless night, her chance at something real could crumble.

Review: We’re back here with Liz and Sam for the rest of their story after Something Wild. I was really looking forward to seeing the continuity of their relationship. But then, after a certain event, the two lovebirds went their way to never speak again. Everyone is miserable, but Liz finally thinks she is reunited with him. Indeed, she converses on the internet with riverrat69, a man with a raw language and she thinks that this person is his former lover. Hoping to find him, she exchanges with him her hot fantasies. Parallel to this, she comes to work for the campaign for Sam’s father, a work that pleases her enormously. But by staying here, she has to see Connor on a daily basis, as well as Sam or even Della with whom her relations have become more complicated.

We wonder from the beginning of the story what had happened so that Della had such feelings towards Liz while they were best friends of the world and I confess that I waited impatiently for the revelation. It’s sad to see that ultimately many things have gone wrong in this way … But the attraction between the two characters is electric and once again the circumstances will gather Liz and Sam together. Alas, once again nothing will be simple and new problems arise while Liz still tries to determine if Sam and Riverrat69 are the same person.

I was very touched by the story to the point that I felt my tears a few times. It’s sad and annoying to see that two persons who are so well together do not manage to have their happy ending. It was in any case a very addictive volume and I am now very impatient to be able to read the sequel and to discover the end of their story!

11 thoughts on “Something Dangerous by Lexi Ryan”