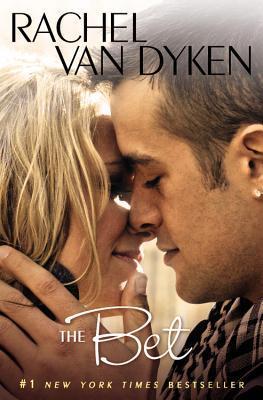 Synopsis: “I have a proposition for you.” Kacey should have run the minute those words left Seattle millionaire Jake Titus’s mouth. It’s been years since Kacey’s seen her childhood friend Jake, but the minute Jake mentions his ill grandmother, Kacey is ready to do anything for the sweet old woman. And if that means pretending they’re engaged for her sake-so be it.

But Kacey wasn’t counting on Jake’s older brother Travis still being there. She calls him “Satan” for a reason: she’s never forgotten the way he teased and taunted her. Yet when they meet again, Travis’s gorgeous smile is a direct hit to her heart . . . and Kacey’s more confused than ever. As the days pass, only one thing starts to become alarmingly clear-she never should have accepted Jake’s deal . . .

Review: I heard about Rachel Van Dyken many times but this is the first novel that I discover of her and I must say that I am conquered! I did not really know this series but the synopsis seemed to offer a very good reading!

We discover Kacey, a young woman who is struggling to rebuild her life. When her ex and former best friend comes to her to make a proposal, she has a hard time saying no and yet she knows that it can only end badly. His grandmother is sick and she would like to see her again, that’s why he thinks it would be perfect for her to come pretending to be his fiancé. Despite her reticence, Kacey accepts for Nadine that she loves more than anything. It will not be an easy game to do especially when she has to resist Jake. But on top of that, Jake’s brother, Travis, is there, that boy who always tormented her when she was younger and she hates him since. But Travis has become a very handsome man and he himself does not seem insensitive to the charms of the young woman.

I really had a great time with this novel and I was really curious to see how the story was going to end. The situation is really not easy and I sometimes really wanted to slap Jake regarding his behavior. However, I connected easily to Kacey, we understand her doubts and insecurities. Her exchanges with Travis are often very funny to see and I enjoyed seeing them evolve together. Did I tell you about Nadine? This grandmother is great and very funny. She brings a big touch of freshness to the story with her eccentricities and I can not wait to see her again in the sequel!

23 thoughts on “The Bet by Rachel Van Dyken”