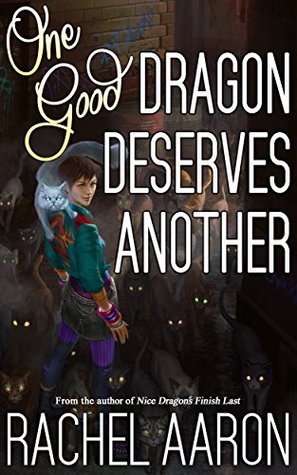 Synopsis: After barely escaping the machinations of his terrifying mother, two all knowing seers, and countless bloodthirsty siblings, the last thing Julius wants to see is another dragon. Unfortunately for him, the only thing more dangerous than being a useless Heartstriker is being a useful one, and now that he’s got an in with the Three Sisters, Julius has become a key pawn in Bethesda the Heartstriker’s gamble to put her clan on top.

Review: I had a good time with the first volume and I was curious to find out what our heroes were going to book for us.

Marci and Julius have fallen into a routine that suits them well even if they do not make much money. But now, their life will be upset again by the return of Estella. Impossible to stay aside, Julius will again confront the worst dragons, although nothing is very simple for him. It would seem that the young woman is targeting the powerful dragons of the Heartstriker family, although no one understands exactly what she is doing. Julius and Marci are determined to save this family who considers them as less than nothing.

I really had a good time. The novel is much bigger than the first one and I was a little afraid of the length, but that’s not the case at all, and a lot of things are happening. We will learn more about the spirit belonging to Marci, this cat who hides many secrets. On top of that, it seems that they all caught the attention of Algonquin and it was very interesting to discover that aspect as well. But that’s not all because we’ll learn more about the origin of dragons and their past, so how do you resist?

This novel is filled with action, but also many reversals of situations and I admit that I really had not seen the end come. I am even more curious to discover more!

12 thoughts on “One Good Dragon Deserves Another by Rachel Aaron”