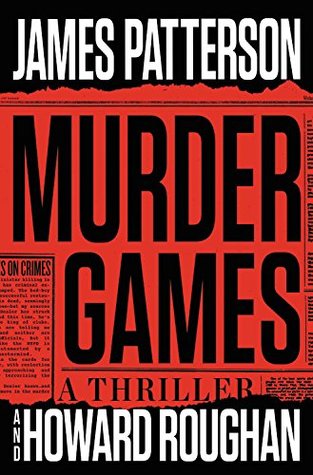 Synopsis: The life Dr. Dylan Reinhart saves may be his own

Dr. Dylan Reinhart wrote the book on criminal behavior. Literally–he’s a renowned, bestselling Ivy League expert on the subject. When a copy of his book turns up at a gruesome murder scene–along with a threatening message from the killer–it looks like someone has been taking notes.

Elizabeth Needham is the headstrong and brilliant NYPD Detective in charge of the case who recruits Dylan to help investigate another souvenir left at the scene–a playing card. Another murder, another card–and now Dylan suspects that the cards aren’t a signature, they’re a deadly hint–pointing directly toward the next victim.

As tabloid headlines about the killer known as “The Dealer” scream from newstands, New York City descends into panic. With the cops at a loss, it’s up to Dylan to hunt down a serial killer unlike any the city has ever seen. Only someone with Dylan’s expertise can hope to go inside the mind of a criminal and convince The Dealer to lay down his cards. But after thinking like a criminal–could Dylan become one?

Review: “Murder Games” or the story of how New York City detective Elizabeth Needham and professor and writer Dylan Reinhart who work together to solve a series of murders. The investigation is carried out with a background of enigma materialized by playing cards left by a serial killer to “announce” the identity of his next victims.

From the beginning, the structure of the novel suggests a quick reading (the “fault” of the short chapters and the narrative style chosen by the author) and it is the case, but for another reason: the further we go into the story, the more curiosity and the desire to “move on to the next murder” push us to continue reading (Don’t a deck of cards have 52 items?). Another evolution in the course of the novel: the protagonists. We think we have identified them in the first part of the novel to realize throughout the story that this is not the case.

Does the duo end up arresting the serial killer, how many cards will he use, how many victims will he kill and what is his goal? To find out, we have to go to the very last page because at the moment when we think we know everything, once again, the author knows how to surprise us and make us come back to all the ideas we might have had.

Not being a fan of the book’s adaptations for the small or big screen, I am for once quite curious to watch what they did with the story, to see how the characters have been transposed to the screen. I’m more dubious about the pace and if it was possible to keep it as in the novel. Indeed, there is no time out from the beginning to the end of the novel. We’re happy and sad at the end of the novel, happy for the main character but sad to leave the duet. Fortunately, this is only a first tome … so we have to be patient until the next crime.