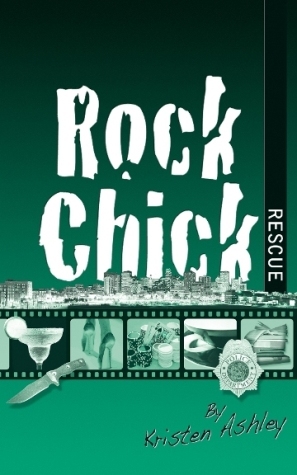 Synopsis: Jet McAlister has a secret. Eddie Chavez has the hots for Jet (not to mention Eddie’s just plain hot). Jet has too many problems to realize that Eddie’s interested. Eddie loses patience when Jet ends her waitressing shift at a strip club with a knife at her throat. Since Eddie’s a cop, he figures he can help. Since Jet’s used to solving everyone’s problems she doesn’t want Eddie’s help.

Rock Chick Rescue takes you on a wild ride with Jet, Eddie and the gang as they wrestle bad guys in a bagel shop, hit Denver’s backstreet poker tables (with big hair), and help the strippers at Smithie’s take down a would-be murderer.

Through this, Jet’s got to learn that even when life made you give up your dreams, you can still end up with the (hot) guy. Eddie’s got to rescue Jet from a bad man (so he can do better things with her) and teach her that some dreams can come true.

Review: I really liked the first Rock Chick book and I bought the second soon after finishing it. It took me some time to immerse myself in the story because I knew that I would have to order the sequel again (which I actually did). But it is true that with the French release of the first volume, I really wanted to immerse myself in the universe and to find the characters again!

We follow Eddie, a policeman, a very close friend of Lee and Indy, a character that we had the chance to discover in the previous novel and Jet, a young woman full of problems that Eddie would be delighted to help. Indeed, it seems that the father of the young woman is in town and he owns large sums of money to the most dangerous guys in town. And since no one knows exactly where he is, everyone turns to Jet to recover their due, by all means!

I loved to discover Jet! This is a young woman who used to manage alone everyone’s problems. Yet the latest, her father, could cause more problems than expected. It is very difficult for Jet to turn to ask for help so when Indy and all her coworkers, and especially Eddie, decide to help whatever happens, she does not know how to react. Worse, Eddie seems very interested in her, but she knows that the stories never end well especially when it comes from a man as sexy as him. Despite all her attempts to flee, Eddie is determined to make her understand that there is more, and especially to show her that she is not the boring girl she thinks she is. Moreover, among all the disasters that will accumulate, I think no one could imagine that she is like that. Like Indy, Jet is a free electron that we love to follow and which we’re never tired of the adventures.

Yes, this book provides us with hilarious situations, confrontations, characters that we love, sexy men, women full of determination and above all the gang of the Rock Chicks! Read this if you want a sparkling novel that makes you have a great time every time! 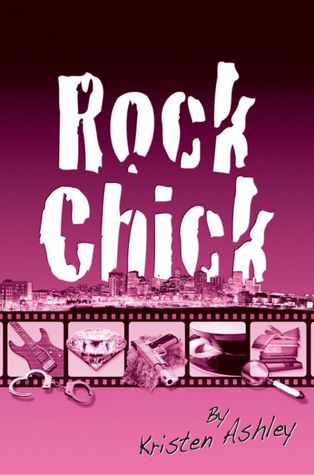