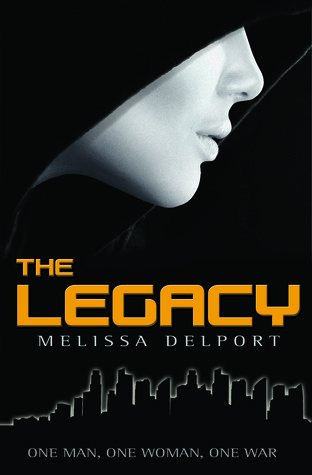 Synopsis: One man obsessed with power. One woman prepared to sacrifice everything to stop him. One war that changed the world. “Eric Dane has segregated the wealth and resources that remain, giving a selected few the highest chance of survival and leaving the rest to starve!” World War 3 lasted twelve days and almost eradicates the human species. Growing up in post nuclear America, Rebecca Davis remained blissfully ignorant of the despotic leadership that had seized what was previously the most powerful nation in the world. When the truth is revealed and Rebecca discovers that everything she has been taught is a lie, she is determined to fight for the life that she has not been allowed to live. In order to do this, Rebecca has to cross the boundary fences and venture out of the safety of the New United States, into the barren wastelands. It is there she finds allies she never dreamed existed. In Rebecca, the Resistance has finally found the ultimate weapon. “You were given this life, Rebecca, because you alone are strong enough to live it.”

“The ordinary man doesn’t want to be free; he simply wants to be safe.”

The Legacy is sold as a Hunger Games book for adults, so as a Hunger Games fan, I just couldn’t miss it. I must say, I didn’t notice much similarities with The Hunger Games (apart from the fact that they both are dystopian novels), but I still think that this book contains the ingredients that will please older dystopia fans.

World War 3, a nuclear war, happened in 2016 and lasted only two days, but that was enough to destroy the world as we know it. On the ruins of the current United States, one man, Eric Dane, has built the New United States, circling ten states around Chicago with a fence to protect the survivors against the threats from outside (mainly the monsters created by the genetic mutations caused by nuclear radiations). Inside these borders, he has built a civilization even more advanced than the previous one. However, this man, known as the world’s savior, is a despot obsessed with power. So when Rebecca Davis finds out about the resistance movement, she’s determined to take an active part in it. And she will infiltrate the government at the highest place possible: she’ll become Eric Dane’s wife…

I really liked the world building and for once I didn’t think it was lacking – I am quite difficult when it comes to this and many dystopias disappoint me because of a hasted world building.The story starts when Rebecca has already married Eric Dane, but we regularly have flashbacks describing the war, the heroin’s childhood and how she became familiar with the Resistance. This caused the first half of the book to be quite slow paced but I didn’t think it was boring. I would have even liked to know more about the evolution of Rebecca’s involvement in the Resistance, the train of thoughts that led her to think she had to be the one to go on this extremely dangerous mission. I mean, she even had to leave her own son behind! This is definitely not a decision you make in a hurry. One last thing about the world building: I really liked everything related to genetic enhancements: operations that allowed soldiers to have better speed or strength, or to have the ability to heal themselves. I found this original and well used.

Overall I liked Rebecca but I still have some restraints when it comes to her character. I liked her bravery, her personality strength and her determination, but sometimes I couldn’t fully understand her. It may be due to what I was saying before, the lacking part in her journey with the Resistance. My favorite character was undoubtedly Reed McCoy. He’s Rebecca’s ally in the Resistance and he’s simply awesome. Entirely devoted to the cause and to protect Rebecca, he’s also funny and has a background story that won’t fail to move you.

The beginning is quite slow since everything has to be put into place, but the second part is breathtaking and action packed. There also are many fighting scenes between the Legion (the Resistance’s army) and Eric Dane’s soldiers, and since I am no big fan of such scenes, I must admit that at some point I ended up skimming through them, only acknowledging the main twists. Yet I’m certain whoever likes reading battles scenes will be delighted because they’re well written, you can easily picture every action.

Reaching the end, I was thinking that I maybe wouldn’t read the sequel since this book could as well be a standalone… and then came the ending. Well, one can say that Melissa Delport has a gift for cliffhangers! The ending is so confusing, I wasn’t expecting this at all and now all I want is to get my hands on book 2!

In short, The Legacy is a good dystopian novel. For once it’s nice to read a book of this genre that is not YA! The world building is solid and the ending leaves you craving for more. Book 2 is already available and there’s a high chance I’ll be reading it soon.

I recommend this book to you if: you like dystopia and you’re 16+ years old. Well, younger people can read it too but it’s not a teenage book and I think older readers will like it better.

http://i-read-therefore-i-am.blogspot.fr/
Althea’s review: In 2019 a nuclear war destroyed a good portion of the world in less than 20 days. After that, in the ruins that used to be the United States of America, survivors tried with difficulty to get by and deal with the aftermaths and the never ending conflicts now running what was left of their civilization… until a rightful leader rose. Eric Dane reunited all of the “safe & healthy” in a reduced and fortified version of the USA, creating a secluded country with a brainwashed population. But a rebellion is brewing among the ones that were abandoned to fend for themselves outside the fences. And if Dane is trying to keep them at bay by creating an army of super soldiers, rebels also have an unsuspecting access behind his defenses. There is a spy infiltrated as close to Dane as you can get : the first lady, Rebecca Dane.

The main character, Rebecca, is a very compelling heroine. She is a strong and resilient woman who’ll stop for nothing to help the cause she believes in. If she has to sleep with the enemy and be the first in line to get killed if words get out, be it ! I liked her from the very start and even if she has some flaws it’s very easy to root for her. Her narrative voice is also very interesting and well exploited for most part.

Aside from Rebecca there are quite some secondary characters that I really enjoyed, such as Kwan and Morgan. Though my favorite was, without doubt, Reed whom I simply loved. Behind his cool and funny playboy exterior, I quickly saw a more sensitive side of him that moved me. If I have to make comparisons I would say that he reminded me a lot of Finnick from the Hunger Games on more than one aspect (and I mean it as a compliment since Finnick is one of my fave characters ever). In the end the only protagonist that left me uninterested was Aidan. I didn’t find him interesting in the least and he was definitively too tame for my liking. To be clear I even liked our main antagonist, Eric, better since his psychology was way more complex and deep.

About the story itself, I was quite convinced. The dystopian world is well organized and interestingly put into perspective. If I had to be picky I would only note two negative aspects in the whole book. The first one is that some parts seemed very shaky. The rhythm of the storyline is quite fast and fluid but the action parts were sometimes a bit too blurry. My second bad point is definitively the very end of the book that I found to be way too much. I liked most of the conclusions ending that first book, even though there weren’t any surprises, but the very last one didn’t convinced me at all. Of course it’s only two bad points in the whole book which doesn’t ruin the quality of it at all. At worst it’s what stopped me to give the book a five out of five.

To conclude The Legacy is a very good first book that create a solid base. The world is well built, the main character is badass, the secondary characters are amazing, and the rhythm enticing : exactly all we can hope for from this type of book. I’ll happily read what’s up next for Rebecca in the sequel : The Legion.

14 thoughts on “The Legacy by Melissa Delport”