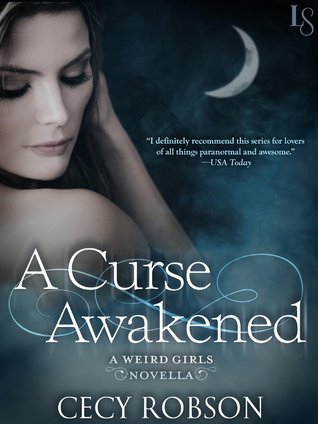 Synopsis: Celia Wird shouldn’t possess the ability to transform into a tigress. Her three sisters should never be able to burst into flames, heal wounds, or transform common objects into deadly weapons. And yet they do.

Before they were born, the Wird Sisters were cursed by a spell that was intended to destroy them, not endow them with extraordinary powers. The sisters’ magic is untamed and explosive at best, and time is running out for them to take command.

Vampires have targeted Celia’s sweet, tragically human ex-boyfriend Danny. The sisters rush to his aid, but in order to take down the vamps, first they must face their dark past and break a spell that’s screwing up their powers. Except this curse wasn’t meant to be broken . . . and the witch who cast it isn’t done toying with them yet.

Review: Cecy Robson presents an entirely new story in the Weird Girls world in the form of a novella, a prequel, placing itself before all the volumes released. Oh yes, because here we find our dear sisters when they’re moving on which allows us to learn more about their origins and past.

In very few pages the author presents a large number of things. The sisters settle, trying somehow to control their unpredictable powers. And when Danny, a former friend of Celia asks for their help to save his father from vampires, the young woman and her sisters do not hesitate to get into action. But to achieve their goals, the young women will have to investigate their past and the curse that strikes them to try to limit the effects … something that could be much more complicated than expected.

I loved this little story. In fact, I always find it very interesting to discover more about our heroines and the author presents some revelations which I did not expect about. New enemies are introduced here and it’s true that I’m curious to see if we’ll see them later, but I do not doubt about that. This novel is a very good start and I think fans of the series will be more than happy! 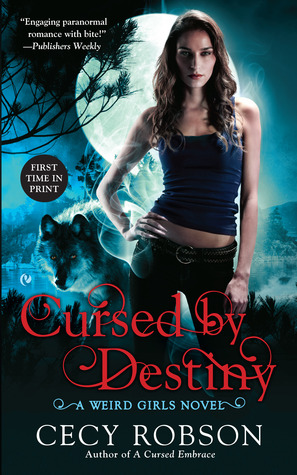 Synopsis: Celia Wird and her three sisters are just like other 20-something girls—with one tiny exception: they’re products of a backfired curse that has given each of them unique powers that make them, well, weird……

In order to bring them down, Celia must ally herself to Misha, the master vampire who has made no secret of his desire for her. And if that weren’t enough misfortune for one girl, a clairvoyant’s prediction could destroy Celia and Aric’s love for good. The only way to protect the world from unbridled supernatural terrorism is for Celia to bind herself to her destined mate. And that doesn’t appear to be Aric….

41 thoughts on “A Curse Awakened by Cecy Robson + Giveaway/concours”