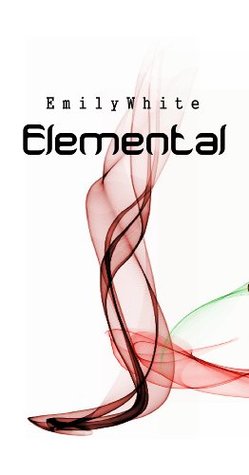 Synopsis: Night has fallen across the galaxy and Fire rages, uncontrolled.

An army marches, killing in the name of their god.

A forgotten girl sits alone in a dark cell aboard an interstellar prison ship, traveling through space, never stopping. Until one day.

Now the Destructor roams and a prophecy is fulfilled. But the one thing no one expected was that their longed-for savior just might be their own undoing.

Review: Here’s a novel and an author that I did not know about at all before discovering this first volume. This is the first time that I try a book released by ADA (Quebec editor) and I was wondering how would the French be and I confess that I did not see big differences. When you see the synopsis elsewhere in this release, we can see it is very different from the English one, which prepares us to have a science fiction novel. I confess that I have been quite surprised by starting the story and discovering that the environment presented was happening on different planets and spaceships.

We discover at the beginning of the novel, a girl, Ella escaping from a vessel in which she was held prisoner for a long time. Not knowing exactly who she really is, she hopes to find a better life abroad. However, she does not expect to be saved by someone she could easily see as an enemy, a man who will do anything to keep her safe as possible. But when they manage to escape, Ella will quickly discover the reason for her imprisonment, she is regarded in fact as an enemy to their god, someone who was supposed to be sacrificed, and they won’t give up for recovering her. During her flight, we will discover that our young heroine is not an ordinary human, but she is much more than that. Through the chapters, we follow her evolution and awakening to what she really is, but we also discover her true identity and origin with the help of the characters she meets like Ranen or Cailen. However, whatever she does, the danger is approaching more and more, putting her and her friends in constant danger.

I enjoyed getting to know the characters and the author does a great job handling our feelings for each of them so that we do not really reach whether we can trust them or not. First we have Meir, the man who saved Ella from the beginning of the novel and seems willing to do anything to save her, even if it means putting his life in danger more than once. We then have Malik … Ah this character… It is very difficult to decide about his fate, we hate him, we appreciate him and hate him again but it was not until the end of the novel that we really understand who he really is. Then there is Cailen … it’s also hard to really understand what he wants from Ella, especially when we understand that he hides many secrets and while some have been revealed throughout the story, they have not been given with gaiety of heart. And of course Ella. Poor Ella who does not know who she is, what she is and who dreams only to be released and loved but this sounds much more complicated than expected, especially when we know that her destiny is far more complex than it would seem. I quickly wondered how she was going to get out of the situation and I was curious to see her next moves for she tries to do the best for people who worry about her (even if her actions sometimes are not the most clever).

In any case, I had a good time with this novel and it was nice to discover this new world even if it is true that I hope we’ll have more details later because many things are all still quite unclear. In any case I enjoyed reading about each character and I am curious to read the second book to see where the author will take us.

24 thoughts on “Elemental by Emily White”