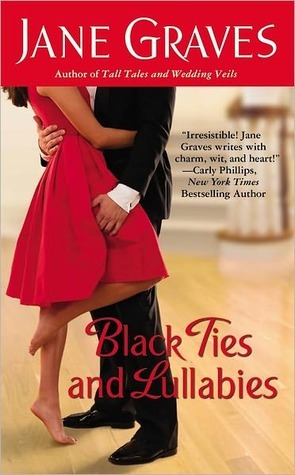 Synopsis: A good girl can be bad for one night…

Bernadette Hogan doesn’t make mistakes. Not when it comes to caring for her mother, and not at her job protecting Texas’s most eligible–and infuriating–bachelor. Maybe that’s why she’s overcome with guilt after one tiny indiscretion: a passionate fling with her boss that’s left her confused, intrigued…and pregnant.

but can a bad boy be good for a lifetime?

To self-made millionaire Jeremy Bridges, women are like fine wine: if held for too long, they sour. But one wild night with Bernadette changed all that. She makes him laugh, she makes him think, and soon she’s going to make him a father. For the first time, Jeremy wants to be a one-woman man. So how can he convince the fiercely independent Bernadette he’s ready to change from partying playboy to dependable dad–and become the loving husband she deserves?

Review: I heard nice things about this novel when it came out in a larger size and I was curious to discover the story since then. Admittedly, it’s always nice to have a little story like that, allowing us to have a good time full of humor, all with a little romance.

We meet a young woman who has to manage a lot of things in her life. Working as a bodyguard to pay her bills, Bernie does not really have time for social life, but on top of that, she has to look after her mother who suffers from a degenerative disease. But then during her last mission, Bernadette’s life will be turned upside down. Resigning from her job for which she works for the irritant millionaire, Jeremy, and under an impulse, she sleeps with him. Little problem? The young woman becomes pregnant, something she thought impossible at her age and while she wants to keep the child, she doesn’t want Jeremy in the picture as she does not want him as a father because of his situation of an inveterate dredger. Yet, the man is determined to stay in her life, whatever the Bernie’s opinion and he is desperate to make her understand this, or even force her to act as he wishes. It’s a quite funny game when we see that the young woman is just as stubborn.

It was quite nice to see the relationship developing between the two, to finally see them realizing that they are both better together than away. And even if they have preconceived ideas from the start, they will help each other in delicate situations. Bernie is a strong young woman but without any confident and this meeting will allow her to realize the full potential she has. As for Jeremy, he will also evolve and understand that money and fame are ultimately not important if you are alone.

It was a very nice book as I said, and I spent a nice time with this story.

23 thoughts on “Black Ties and Lullabies by Jane Graves”