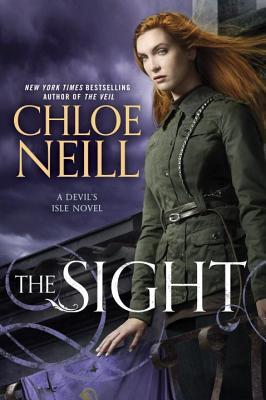 Synopsis: Claire Connolly is a Sensitive, infected with magic when the Veil that divides humanity from the world beyond fell. Magic can easily consume and destroy a Sensitive, and if Claire’s secret is discovered she’ll be locked into the walled district of Devil’s Isle along with every other Paranormal left in the city.

Review: I liked the first novel in the series without reading more from Chloe Neill and I was curious to read more there. I must say that I was anxious to see what would happen between Liam and Claire, and with the paranormal aspect, whether the imprisoned ones or not.

Thus we find our characters facing a new danger. Indeed, a sect named Reveillon is being set up and is determined to destroy all the paranormal and humans protecting them. You can imagine that it will not be to the taste of our heroes who will be determined to act to prevent this. Yet they did not expect that their enemies are so numerous and well equipped!

It took me a little time to get into the story and yet I confess all that happen there is interesting mainly regarding the relationship between Liam and Claire or the identity of Reveillon or their reasons. Alas, after a moment, I felt out of the story and I struggled to re-enter it, I even considered stopping my reading but I hoped it would start again soon enough. I must say that this was the case with the second part, as the clashes swept me much more and I was very curious to see what would happen to our characters. It was thereafter that we discover some very interesting revelations and I’m really curious to see what will happen after such an end! I didn’t expect that at all!

Claire is equal to herself here and is trying to master her gifts by various techniques while trying to take care somehow of her store and the events. In short, a nice story but where I would have liked to have more in a part of the book.

18 thoughts on “The Sight by Chloe Neill”