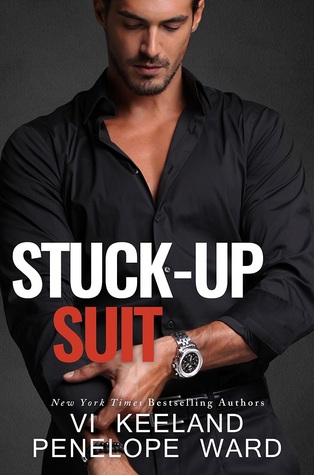 Synopsis: It started out like any other morning on the train.
Until I became mesmerized by the guy sitting across the aisle.
He was barking at someone on his phone like he ruled the world.
Who did the stuck-up suit think he was…God?
Actually, he looked like a God. That was about it.
When his stop came, he got up suddenly and left. So suddenly, he dropped his phone on the way out.
I might have picked it up.
I might have gone through all of his photos and called some of the numbers.
I might have held onto the mystery man’s phone for days―until I finally conjured up the courage to return it.
When I traipsed my ass across town to his fancy company, he refused to see me.
So, I left the phone on the empty desk outside the arrogant jerk’s office.
I might have also left behind a dirty picture on it first though.
I didn’t expect him to text back.
I didn’t expect our exchanges to be hot as hell.
I didn’t expect to fall for him―all before we even met.
The two of us couldn’t have been any more different.
Yet, you know what they say about opposites.
When we finally came face to face, we found out opposites sometimes do more than attract―we consumed each other.
Nothing could have prepared me for the ride he took me on. And I certainly wasn’t prepared for where I’d wind up when the ride was over.
All good things must come to an end, right?
Except our ending was one I didn’t see coming.

Review: I saw many great review about the books written by Vi Keeland & Penelope Ward and mainly about Cocky Bastard. So it is true that with the release of Stuck-up Suit in French, I was curious to launch into their writings to discover one of their combined works. It is always interesting, I think, to see how two authors have managed to work together on the same book, each contributing their part.

Soraya and Graham are two completely different characters. While she is the assistant of a blogger/journalist, Graham is the CEO of a very big company in town. Nothing predestine them to meet and yet, when the latter loses his phone in the subway, Soraya is the one to retrieve it. I admit that I thought strangely that the search part in the phone by the girl would take much longer and that we would find more information about Graham.

Our hero is not used to being denied anything and does not hesitate to be a real asshole just because he can. That’s why he does not see the interest of changing. Yet, his encounter with Soraya will change everything! This woman with a colorful nature does not hesitate to put him in place and to say what she thinks and, for him, it is refreshing. Beginning with text messaging, their relationship will evolve very quickly, although Soraya is quickly on the defensive by not knowing if such a story can really lead to something. And while something more tangible is created between them, new problems will put their relationship in jeopardy.

It was touching to see Graham change at Soraya’s contact and yet it’s hard for the young woman to believe that something is really happening. We plunge into the secrets of each one throughout the story by understanding how they become who they are.

It was a pleasant reading to read even if I found that we did not necessarily have a very big originality for a large part. I think it’s a perfect reading if you want to spend a moment without something too complicated.