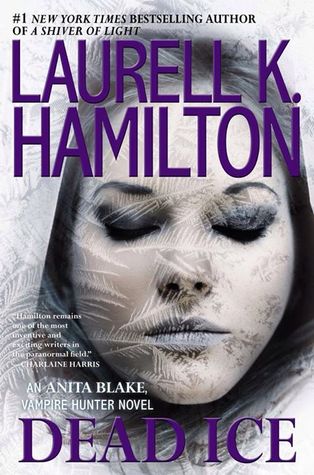 Synopsis: Anita Blake has the highest kill count of any vampire executioner in the country. She’s a U.S. Marshal who can raise zombies with the best of them. But ever since she and master vampire Jean-Claude went public with their engagement, all she is to anyone and everyone is Jean-Claude’s fiancée.

It’s wreaking havoc with her reputation as a hard ass—to some extent. Luckily, in professional circles, she’s still the go-to expert for zombie issues. And right now, the FBI is having one hell of a zombie issue.

It’s the sort of case that can leave a mark on a person. And Anita’s own soul may not survive unscathed . . .

Review: I started Anita Blake many years ago. It was the first vampires series that I was reading and I had a great time. From volume 12, the series began to degrade for me but I could never bring myself to stop it and since, even if some are not as good, I have a good time in general. These last years I confess that I didn’t pick the books as soon as they were released but the French release gave me the opportunity to plunge back into the story.

Anita is preparing for her wedding since she agreed to marry Jean-Claude. But there, it is not only him she agreed to marry and she also prepares a ceremony for Nathaniel and Micah. Unfortunately, it seems that many are jealous of this change and would like to be part of this union. As always, sentimental stories take a big place here and Anita faces some crises of consciousness and tries to compromise with each party. On top of that, Anita finds herself on a new deal and has to help the FBI who is investigating zombie porn. Indeed, it seems that someone managed to put a soul back to a zombie and to turn terrible scenes by violating these poor people.

The investigation is quite deviant and I confess that I did not expect this situation to turn out this way at the end of the story. I wondered who the culprit might be and I was finally quite surprised. It’s a pity that Anita is still going round in terms of her relationships and it is true that sometimes I was a little lost with the large number of characters.

It was a nice read, in continuity with the other novels although I might have liked something more regarding the intrigue.