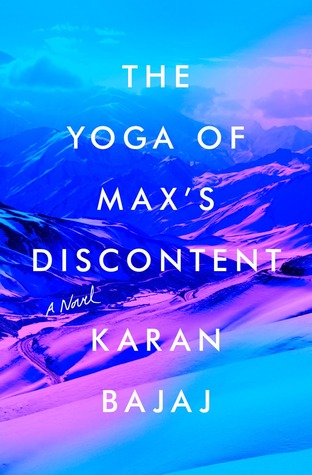 Synopsis: Max Pzoras is the poster child for the American Dream. The child of Greek immigrants who grew up in a dangerous New York housing project, he triumphed over his upbringing and became a successful Wall Street analyst. Yet on the frigid December night he’s involved in a violent street scuffle, Max begins to confront questions about suffering and mortality that have dogged him since his mother’s death.

His search takes him to the farthest reaches of India, where he encounters a mysterious night market, almost freezes to death on a hike up the Himalayas, and finds himself in an ashram in a drought-stricken village in South India. As Max seeks answers to questions that have bedeviled him—can yogis walk on water and live for 200 years without aging? Can a flesh-and-blood man ever achieve nirvana?—he struggles to overcome his skepticism and the pull of family tugging him home. In an ultimate bid for answers, he embarks on a dangerous solitary meditation in a freezing Himalayan cave, where his physical and spiritual endurance is put to its most extreme test.

By turns a gripping adventure story and a journey of tremendous inner transformation, The Yoga of Max’s Discontent is a contemporary take on man’s classic quest for transcendence.

Review: I received this novel by surprise and if I don’t read a lot of general literature I admit that the topics were quite intriguing. I do not know much about the Yogi and even less about the Hindu culture. So I was very intrigued to learn more.

Max is a young man with a good life and yet he realizes that something is missing. This is how he goes to India to make a quest to learn more about himself, to understand the meaning of life and especially to evolve. He will embark on an initiatory quest that will completely change him and he will do everything to find the right person to teach him all this, and it will not be easy.

As I said, I found the subject very interesting. Max will realize that there is more than anything he thought and that finally, he who thought to leave only for a few days will finally find his way there. On the other hand, I admit that this doctrine which seems to favor the sharing, the opening to the people and especially to the universe made me ask myself some questions. When he realizes that his sister is sick, very sick indeed and even if he hesitates several times to go back to see her, he does not go. For such themes, I found that it was ultimately selfish enough on his part. I understand that he wants to reach his ultimate goal, become a yogi himself and finish his quest, but in the end he cuts himself off from the world and evolves exactly in the only way he wants to, leaving the others to the other side. It’s not a problem with the story, but it’s true that I had a hard time understanding his choices about it.

So that’s an interesting and different reading, a culture I knew little of and a fascinating subject. It’s a book that made me travel and really made me want to go to India!