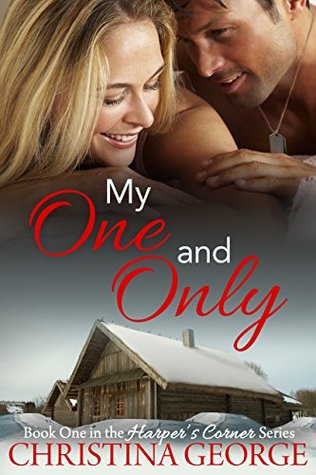 Synopsis: Getting snowed with a hot guy is not a bad way to spend the holidays…

Five Years Ago She Was Left at the Altar

Five years later…Jessica Monroe has moved on with her life in Harper’s Corner, and her fabulously successful bridal business. She has her friends, and her comfortable life in one of America’s most beautiful small towns. What more could a girl possibly want?

Matthew Larson is roguishly handsome and happily enlisted in the Army. He lives for two things: serving his country and Jessica Monroe. He’s loved her for years, long before she was engaged to his arrogant and self-absorbed brother Will.

When Will left her at the altar, Matt was there to comfort her, as much as an almost brother-in-law was allowed, before he deployed to Afghanistan.

They were almost family so Jessica kept in touch, but little did she know how hungrily Matt would read each email. She was his escape from the horrors of war and a reminder of a simpler life that awaited him back in Harper’s Corner.

When Matt finally returns Jessica is taken aback by a rush of emotions – suddenly faced with the reality that she nearly married the wrong brother.

Welcome to Book One in the Harper’s Corner Series.

Review: After having a good time with another short stories of the author, I was curious to discover this one as well.

Jessica has gone through the toughest ordeal of her life when she was abandoned by her fiancé in front of the altar, but it was even worse when her best friend, the brother of her fiancé left the next day. But 5 years have passed and Matthew is ready to see the young woman again.

It was a very cute new story and I had a nice little time with Jessica and Matthew. They will learn to discover each other and they overcome their fears despite all that has happened. It’s not a very complicated story, but it’s nice and light.

8 thoughts on “My One and Only by Christina George”