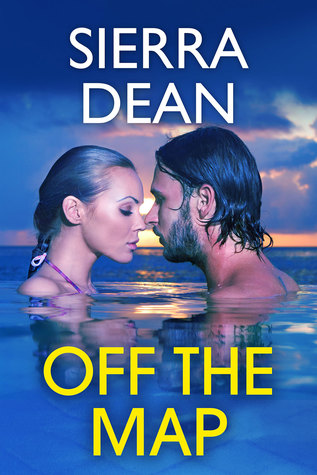 Synopsis: Her last job won’t be a day at the beach.

Harper Barton has one reason and one reason only to be in Colombia, and it isn’t for fun in the sun. As an expert in “acquiring” antiquities, she’s been tasked with collecting a valuable necklace from a gala. The problem? A drug kingpin wants the piece for himself, and won’t let a cat burglar get in his way.

Diego Morales is in Colombia doing research for his next book. The mild-mannered professor was expecting dusty books and boring lecture halls, not a beautiful woman sweeping him onto the dance floor and planting a kiss on him before being chased out of the building by armed guards.

Harper and Diego find themselves neck-deep in trouble when they’re kidnapped by the drug kingpin, but things go from bad to worse when they both go overboard and end up lost in the middle of the Colombian jungle. Can they stay alive long enough to get home? Can they stop fighting long enough to realize there’s more than just jungle heat simmering between them?

Off the Map is high-stakes adventure with spark, snark, and plenty of danger.

Review: I was really curious to get into this new Sierra Dean romance and I must say that the synopsis was just as intriguing.

Harper is a very talented thief, but while her latest job is supposed to be easy, she finds herself dealing with armed guards who seem determined to recover the same object. Unintentionally training a young teacher present at this event they will be swept away in a story that goes completely beyond them. It might be as well that they discover a population supposedly lost since forever.

I had a good time with the story although it is true that I expected more. I appreciated that the story is happening in Colombia, a country on which I have read little and it was interesting to have a few places and mix of Spanish. There were some things that bothered me, however, and I was surprised that for a people who live completely hidden from the world they do not know, they know who the drug lord was or other things that were not coherent for me.

It was a nice read, but I did not connect as much as I would have liked.

11 thoughts on “Off the Map by Sierra Dean”