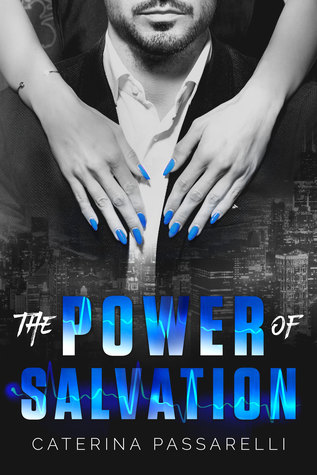 Luke and Ariana are two lost souls with tragedy running deep in their blood. In their families. And in their hearts.

They want nothing to do with love.

But the city of Chicago keeps pushing them together to ignite a intensity that’s addicting.

That is … until the ghosts of their pasts explode in their present.

Will it douse their flame? Are they meant to be alone forever?

Review: I was really curious to discover this novel by Caterina Passarelli and I must say that I was very intrigued by the themes.

Ariana and Luke both have diametrically opposed lives and yet fate brings them together very often. If there is an attraction between them, because of their past, they don’t want romantic relationships. We will have the opportunity to learn more about Luke with the chapters of his childhood scattered throughout the novel. It shows us the abuse he suffered when he was younger. As for Ariana, we can only assume what happened to her by her reactions before she revealed it later. They are two broken characters who will meet, but can they really surpass all that to be together?

I really appreciated Ariana, to see how she managed to put things aside to progress, evolve and especially to open up to others. Yet I had more trouble with Luke. I understand that he is marked by all that he has suffered, but I found him quite cold and I had a little trouble accepting that Ariana needs to accept his mood changes. He is sometimes very attentive and a moment later, he does not want her anymore. I was really sad for her.

Other than that, I had a good time with the story. She discusses strong themes and Ariana is very touching. I would have liked to appreciate Luke more.

10 thoughts on “The Power of Salvation by Caterina Passarelli”