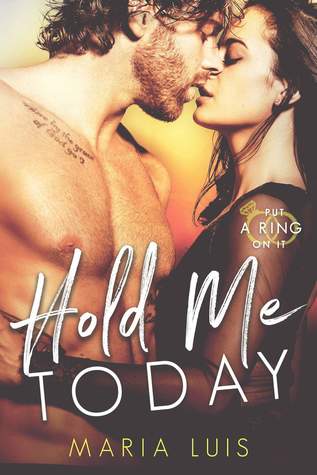 At least, that’s what I tell myself when I bargain with the enemy and score a renovation for my hair salon.

He’s got a body and face the Greek gods would envy but his personality needs a major overhaul.

He’s surly.
A rule-follower.
Did I mention he’s seen me naked?

I may have crushed on him for years, but the only place I want Nick swinging his hammer nowadays is at my salon.

Except, he needs something in return. . .

Review: I discovered Maria Luis with another one of her series with which I am having a good time. So when I saw that she was releasing the first volume of a brand new one, I admit that I jumped on it! I was really curious to find out what she was going to offer us!

If I had a little trouble getting into the story regarding the writing style at first, I quickly got attached to the characters and it was easy after that to get caught up in the story!

Mina has a dream in life and that’s to open her hair salon. But here, the worker she hired left with her money. She has only one choice left and that is to go see her best friend’s brother, the one she has always loved and who is her nemesis, the one who is driving her crazy. It is also the one who has a renovation company. Yet she didn’t expect him to offer her in return to be his fake best girlfriend! And even less to fall back under his spell. But here it is, Nick is a fervent romantic and is looking for the love of his life… As for Mina? Well, it’s not in her plans.

I really liked these two characters. They are both touching and I must admit that I have easily become attached to Mina. She hides many injuries that are difficult to overcome and we hope that she will succeed. And how can I resist the framework that the author set up with Greek characters, who have their culture at heart and I loved all the touches of language! And then there’s Effie, Nick’s sister and Mina’s best friend, and her wife, and I also really enjoyed discovering them! Effie is a great person!

It was a good discovery and I am curious to discover Dom’s story now.

18 thoughts on “Hold Me Today by Maria Luis”