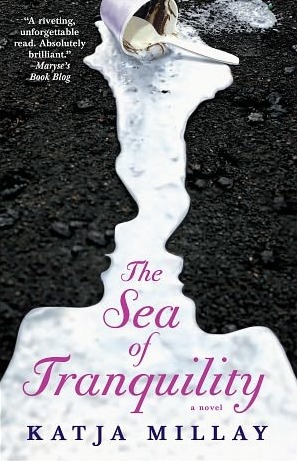 Synopsis: I live in a world without magic or miracles. A place where there are no clairvoyants or shapeshifters, no angels or superhuman boys to save you. A place where people die and music disintegrates and things suck. I am pressed so hard against the earth by the weight of reality that some days I wonder how I am still able to lift my feet to walk.

Former piano prodigy Nastya Kashnikov wants two things: to get through high school without anyone learning about her past and to make the boy who took everything from her—her identity, her spirit, her will to live—pay.

Josh Bennett’s story is no secret: every person he loves has been taken from his life until, at seventeen years old, there is no one left. Now all he wants is be left alone and people allow it because when your name is synonymous with death, everyone tends to give you your space.

Everyone except Nastya, the mysterious new girl at school who starts showing up and won’t go away until she’s insinuated herself into every aspect of his life. But the more he gets to know her, the more of an enigma she becomes. As their relationship intensifies and the unanswered questions begin to pile up, he starts to wonder if he will ever learn the secrets she’s been hiding—or if he even wants to.

The Sea of Tranquility is a rich, intense, and brilliantly imagined story about a lonely boy, an emotionally fragile girl, and the miracle of second chances.

Review: I heard a lot of beautiful things about this novel and I was curious to start it. It is an intriguing, engaging and intense story that the author proposes here and it is true that I let myself be carried away by the story.

Nastya left her family to try to start a new life and especially to avoid having her family’s eyes constantly on her, waiting for things to change. But what happened to Nastya exactly? This is a question that is asked throughout the story … One thing is certain, it stole everything she was … She is dead. But it seems that people who knew her before do not realize it. So yes, a new start, far from this, seems to be what she needs. But Nastya does not do half-measures and she gets noticed very quickly in her new school. She is lonely, she does not speak, she wears only black, very tight and short clothes, and makeup with excess. No, Nastya does not go unnoticed. She isolates herself from the world, forges a carapace and becomes another person, a person completely different from what she was before. This is the case anyway until she meets with Josh. He does not hide his past, everyone knows that he lives alone, that all the people he loves die and yet Nastya is undeniably attracted to him. And if he does not understand it, a game begins between them, they will tame and perhaps even help each other even if the girl does not seem to want to reveal what happened.

As I said, I found that this novel was very intense. Nastya has an incredible talent for self-destruction and even if for a moment she tries to move forward, she just can not. Josh is a strange and vague concept for her and she does not know what to do with it. Indeed, while she did not expect it, she makes friends in the person of this boy but also with Drew his best friend.

Yes, the author managed to get me into her story, to carefully follow Nastya’s actions, to try to find out what she was hiding and to understand the person she was proposing to others and finally to understand her. Yes, we understand her. It was a beautiful novel, a really touching story that I recommend!

17 thoughts on “The Sea of Tranquility de Katja Millay”