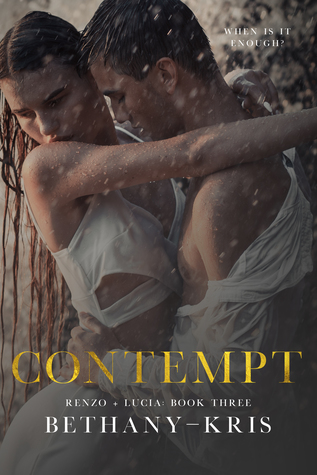 Synopsis: How much is too much?

Five years—that was the deal. Renzo Zulla gave up five years of his life to repay a debt to an organization that only wanted to break him before they could make him. Their way, their rules. He doesn’t move without their okay, even if his latest job puts him right in front of her. But the five years are almost up, and he knows exactly where he’s going first.

Heartbroken and alone—that’s how she survives. Lucia Marcello is alive, but a part of her still feels dead without him. She’s spent far too much time running away from her past and the pain she constantly holds tight because it’s easier than hating the people who caused it. But life has a way of bringing you back when your heart never will.

Review: I was curious to read the third volume of the series to finally discover the end of the story of Lucia and Renzo.

Five years have passed. Five years during which Renzo hasn’t contacted Lucia once. Not because he didn’t want to, but because he couldn’t. Supervised, trained, reshaped to become another person, someone useful to the League, he finally found himself close to her after all this time. But here it is, he’s here to do a job, to watch a man, and he still has a few more weeks to be done. However, the person he is following may not be what he seems and Renzo will do everything to understand what is going on, especially as he begins to revolve around Lucia.

I had a good time with this last volume, Lucia tries to forgive her father for all the events, but it’s not easy. She has trouble managing her feelings, the pain that everyone is causing her. But she needs to make some choices for the future! I was happy to find the characters from the previous novels, even if this time I found myself a little more lost because I didn’t read all the previous novels. I think I should fix this!

17 thoughts on “Contempt by Bethany-Kris”