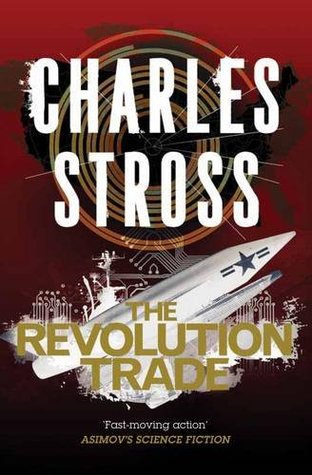 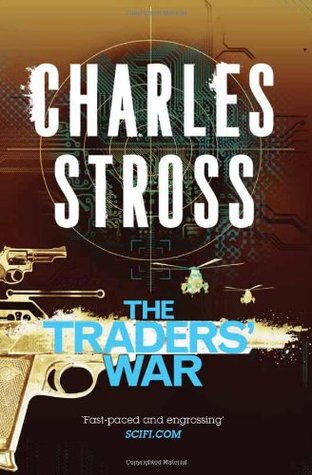 Synopsis: Miriam was an ambitious business journalist in Boston. Until she was fired—then discoverd, to her shock, that her lost family comes from an alternate reality. And although some of them are trying to kill her, she won’t stop digging up secrets. Now that she knows she’s inherited the family ability to walk between worlds, there’s a new culture to explore.

Her alternate home seems located around the Middle Ages, making her world-hopping relatives top dogs when it comes to ‘importing’ guns and other gadgets from modern-day America. Payment flows from their services to US drug rings—after all, world-skipping drug runners make great traffickers. In a land where women are property, she struggles to reman independent. Yet her outsider ways won’t be tolerated, and a highly political arranged marriage is being brokered behind her back. If she can stay alive for long enough to protest.

Review: I had a good time with the first novel that compiled the first two volumes and I was curious to see what the author would present us for the following events. I must say that he did a pretty amazing job. Oh yes because he has not only created a world, but three very different along with the characters who continually visit them. Besides, it goes without saying, but we have a lot of different actors in view with this big organization and it is always fascinating to see how they interact together.

Since Miriam found herself propelled into this new world, the troubles are only accumulating. Even if she thought that she had found a way out by presenting a new business plan to the clans while using another source of profit, nothing happens as expected. The attacks against her are not finished, no one in the family does trust her and Miriam finds herself all alone, forced to stay where they want her to be. And when things work out just even a little bit, her curiosity degrades the advances she had won. But now, the clans want to have a means of pressure on her, especially since they realized that she had a lot more resources than they thought. The solution to keep her under control? Marrying her course! And what a better way than to choose the “idiot” son of the king, so she will take charge oh him and of course will have to bring his children.

You can imagine that Miriam with all her progressive ideas does not like to be confined, much less to be forced to do something against her will. And this wedding? This is something she just hates the idea and we can understand it. Yet the clans here also know how to tip her in their favor by threatening her mother … No, our beloved heroine has no loopholes, but that does not mean she will make things easy either for them.

I enjoyed seeing our young lady evolving, discovering her next actions despite many obstacles and of course trying to manage everything without really knowing how to do that. She has to go through many things I have to say and I was really surprised that she gets to keep going with this. New characters enter in the scene and we follow them alternately in the chapters. Mike and Lee are the two that intrigued me the most and I must say that I am curious to see what will happen to them afterwards. I must admit though that I was personally still waiting to find Miriam again as she always interests me more than the others, but everything was very well done. Many events are moving in the shades and they will have a great impact on the main story.

So it was again a great surprise and I am very curious to read the last two volumes of the series at present to see how the story concludes. 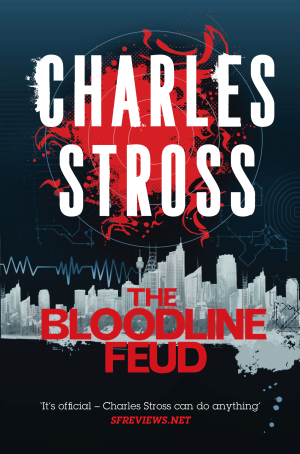 Synopsis: Miriam knows there’s no smoke without fire. And she’s about to get burnt…

The Family Trade and The Hidden Family – The first two installments of the Merchant Princes series combined in one volume.

Miriam Beckstein is a successful reporter for a hi-tech magazine. So when she discovers a huge money-laundering scam, she thinks she’s hit the big time. But when she takes it to her editor, she’s not only fired, but receives death threats. That’s just the beginning.

To distract her furious daughter, Miriam’s adopted mother unearths mementos from her real mother, murdered when she was an infant. But these reveal a secret that will ultimately throw governments into disarray. For what Miriam thinks is a simple locket has the power to fling her into an alternate timeline. In this less-developed world, knights on horseback wield automatic weapons, and world-skipping assassins lurk on the other side of our reality. Here, her true family runs a criminal empire – and they want her back. But Miriam has other plans.

Review: I did not know anything about the author or the novels and I confess that when I received the book, I was not sure it would be for me. Why is that? The cover didn’t really attract me that much (yes I’m superficial). Yet I had a great time with this story that compiles the first and second book in the series.

Miriam’s life will change overnight when she is fired from her job with her ​​assistant after finding a huge scoop combining a large number of important people. At the same time, her adoptive mother gives her a box with items that belonged to her biological mother. There she discovers a locket that will completely change the game! Oh yes, because the young woman discovers that the object can allow her to travel from one world to another, a very different world from hers in regard of technologies. In fact, everyone seems to live in the Victorian era, all controlled by clans, a kind of mafia that earns large amounts of money by doing business between the kingdoms. It is in this context that Miriam appears, learning that she is the daughter of an important (and murdered) woman of the clan. But this fact complicates everything because it seems that many people now want her dead. And as she tries to understand with the Roland’s help, a member of her family (and maybe more), who she is and what this world hides, she will also understand that there is more than all this. Miriam is full of revolutionary ideas and she is determined to change the laws governing the game of power and money. So we’ll go on an adventure while following this heroine to discover the secrets of the worlds.

I took great pleasure in discovering this story. The author has created a completely amazing universe! I confess that I did not expect that at all, but it was fascinating to discover what these worlds could conceal. Although we have similarities with ours, their past, their history, their advances are all different. But Miriam is determined to shake the clans, and it’s true that I was really curious to see what she would do. This young woman is amazing! She is projected in a life she does not know anything about and she will have to adapt very quickly. And even though it will be very hard to know who she can turn to and who she can trust, she will have to choose her allies to thwart all the multiple attempted murder against her. But Miriam is much smarter than it appears to be and I did not expect to find such a plan for her. Our young heroine will join forces with a few people who will help her throughout the story and that we enjoy exploring about.

The author did a great job on his story, worlds and details. It is even very difficult to know exactly what people think and their ulterior motives and it’s true that everything keeps us in suspense throughout the book. I do not want to give too much away but I can tell you that this novel is a mix of conspiracy, betrayal, murder and money. An explosive mix and I look forward to reading the sequel!