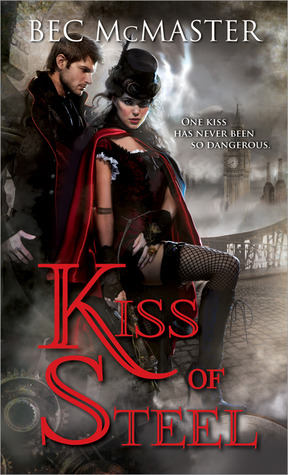 Synopsis: When Nowhere Is Safe

Review: I heard a lot of nice things about this novel, but I waited until this Karina’s gift to start it. I warmly thank her because I do not know if I would have bought it if it had not been the case. Yes! Because this novel is a wonderful jewel and I was really surprised by the story. I did not expect to be that hooked while discovering this first volume and I must say that I am totally captivated!

Honoria has not had an easy life, and since the death of her father she is left alone to take care of her brother and sister. She does everything she can and brings the little money she has to feed them. But if it was only that … But she must remain more discreet since a contract has been put on her head and it means a lot of money for the person who finds and brings her back. To continue to survive, she will have to partner with Blade, a man she had vowed never to work with. And despite her fears and mistrust, a nice combination will be realized between the two characters for our enjoyment. This couple, added to that a vampire killing innocent people in her path, and the contract still hovering unabated, our heroine will have a lot to do.

I really loved our two main characters. Honoria is a very innocent young woman but far from being naive. She knows what she will be forced to do if she does not have enough money and even if it does not enchant her, she remains determined to do what she needs to. Her heart is devoted to her family and she’s really determined to do anything to them. Her encounter with the Blade will open new horizons and something she did not think possible. What about this man? We can only dream of meeting this character. Despite his nature, he controls himself as best as he can and is very intrigued by Honor. He’s handsome, charming, and very protective. Of course, he also has a much darker side but this draws us even more. It’s a fascinating character with many facets and it was very interesting to learn more about him, and Honor’s.

The author had very good ideas in this novel and I admit that I struggled not to read the entire novel in one go. A real surprise and it’s true that I liked so much this first novel that I wonder if I could love as much the second. However, I am very curious to find out more about it. Do not do like me, and do not wait to discover this series, immerse yourself directly into Kiss of Steel, you will not be disappointed. Action, fantastic creatures and steampunk. A great mix!

36 thoughts on “Kiss of Steel by Bec McMaster”