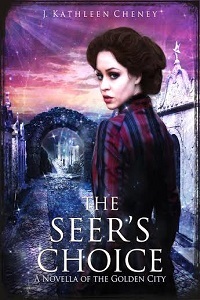 12 thoughts on “The Seer’s Choice by J. Kathleen Cheney”