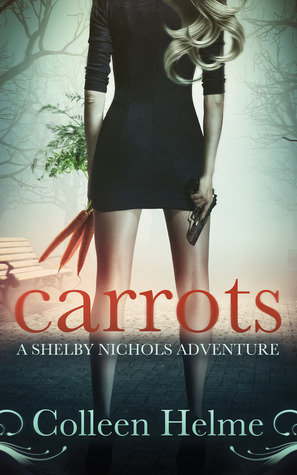 Review: I had seen this novel on several blogs and when I saw it free on amazon, I took it quickly. I was really curious to see what the author was going to offer us, especially since the series is pretty well rated on goodreads. So I started it!

Shelby is a housewife and manages the entire house for her husband and children. However, all this changes the day she goes to the grocery store and a ball touches her during an armed robbery. It is at this moment that she discovers that she hears the thoughts of others. While that could be a very interesting talent, Shelby realizes that it’s tiring and wearying. In addition, she does not necessarily appreciate hearing what others think about her. But here, with this gift, she wants to try to help the police to find the person who would like to make her disappear but she ends up under the cut of the mafia. The only thing that saves her is her gift, except that now the boss is convinced that he can use her, especially in his environment.

I found the story very nice and I really liked following the heroine. Shelby is easy to connect to and it must be said that she finds herself in incredible situations without even wanting to. She’s going to find out that she’s not the boring mom that she thought she was and that this gift will open up many doors for her, even if she does not really know how. But in the end this gift will only bring her trouble!

I confess that I am now very curious to be able to discover the following volume to see what our heroine reserves us and especially to see what she will do with in respect to her loved ones after this end.

24 thoughts on “Carrots by Colleen Helme”