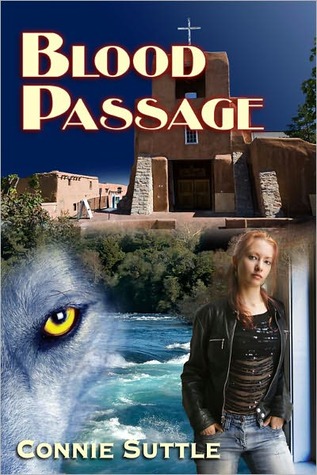 Synopsis: “The sight of three naked, bloody men wandering into the clearing with moonlight clouding their eyes would probably send anyone else running for their life. I just sighed and watched them walk toward me.”

As the first female vampire successfully turned in 700 years, Lissa finds herself in demand by the Vampire Aristocracy. Forced into an unexpected engagement as a result, Lissa feels trapped and stifled as she continues training with her surrogate sire. When a request comes from the Grand Master of the werewolves, Weldon Harper, Lissa leaps at the opportunity to work as his bodyguard once more.

Wlodek, Head of the Vampire Council, in an effort to solidify vampire/werewolf relations, allows Lissa to provide protection for the Grand Master during his yearly travels across the U.S. The only vampire ever named Pack, Lissa is permitted to work with the Grand Master without supervision from others of her kind.

Things become complicated and then downright deadly as old enemies reemerge. Intent on exacting revenge for a failed coup against the Grand Master, rogue werewolves join with new and perilous allies. Now, Lissa must find a way not only to keep the werewolf race alive, but the vampires as well.

Review: I had a really good time with the first volume. You know, it’s the kind of novel that completely takes you away and pushes you to buy the sequel right away! Yes, and this second one is no exception! Fortunately, I have the third volume at hand, and I can’t wait to get into it!!!!

So we find Lissa again, after the end of the previous story, and the young woman is not necessarily in a situation that suits her. She is being watched, trapped and even though she lives in a golden cage, it is still a cage, and she can’t take it anymore. She is manipulated from all sides and when she thinks it can’t get any worse, things start all over again. Yet, despite her anger, fear and resentment, she is also a young woman with a big heart and if she forgives quickly, she also remembers what she was put through.

Poor Lissa, who in this novel is forced to choose a vampire fiancé, and if it is a support for her, it is also a lot of things she doesn’t want. Fortunately, she will have the opportunity to escape all this by once again becoming Weldon’s bodyguard for a while. But this mission will be far from simple and her life will be put in great danger more than once. And what about this end? Arghhhh I want the sequel!!!!!!! Right away!!!!! Fortunately I have it!

Poor Lissa who tries to do the best she can and who has to face people who have been manipulating others for centuries. She doesn’t have a chance.

A great volume once again! I was completely carried away and if it’s true that Lissa is sometimes too kind, I also understand that she wants to get attached to people so that she’s not so alone anymore. I was also really happy to see Tony again! See you soon for more!