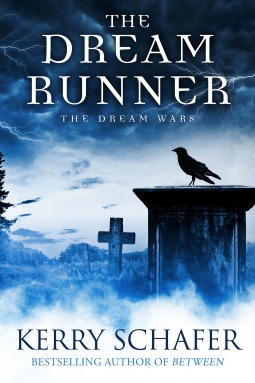 Synopsis: What if you could order a custom dream? Any kind. Dark and twisted, sweet, sensual, or redemptive. For the right price, a dream runner will deliver one to your doorstep.

Review: I have not read the Between series although it is in my huge TBR pile but when I saw that the author had released a new novella , well, three new novellas, I thought that it was the opportunity to try one of her writings.

I can not really say more about the story because the synopsis already says a lot, besides maybe a little more than the story itself, but I must say that everything was really well done. Jesse is a young woman who left the city at 16 after the death of her father, but now that her mother also died, she must return to take care of the formalities. But in return, she will have to face her past and all the people she left behind. I confess that after meeting Will, her ex, I was immediately intrigued. He seems to be a fascinating character to explore and I was eager to know more about him. But maybe I should talk a little more about Jesse and her most intriguing ability! Indeed, our beloved heroine works for the merchant of dreams, dreams she sells at prices they know much later. I won’t speak about it more however, so you can discover the details by yourself.

I really liked this novella and I ‘m looking forward now to read more. I must say that the author gave us a beginning of history that makes us want more. Unlike other novellas, the story is shared in several volumes and therefore at the end of the first book we would like to read the others to see more adventures of Jesse. Then point to note, we’ll also have a real book after the ends of these three stories.

So as you understand, it’s a nice surprise we can quickly read.

7 thoughts on “The Dream Runner by Kerry Schafer”