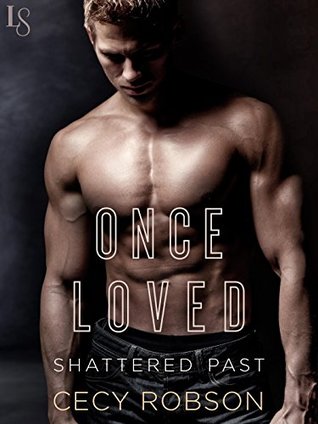 Synopsis: He’s the campus golden boy. She’s picking up the pieces of her broken past. But in Cecy Robson’s scorching novel of second chances—perfect for readers of Monica Murphy and J. Lynn—their differences only make their connection more explosive.

Review: I really liked the first book as it really touched me. So I threw myself on the second novel as soon as I had the opportunity. I must say that I was curious to discover the stories of the Matheo’s sisters that we had discovered in the previous volume. And as you can see in the summary, here we follow Lety!

Our young heroine had a very difficult and sad childhood with an abusive father and even if his brother paid the price, it is the same for these two little girls. But Lety is determined to change that, to finish her studies and to become someone, an independent woman, to be able to release her past. But whatever she does, her father still remembers her that he is here and because of that, she loses her scholarship while… she already had a hard time earning a livelihood. To change this, she decides to add a work in addition to everything she does. Her ex-boyfriend Brody wants to help her, to lend her money, to make her succumb again but Lety is determined to resist. Yet she might fall in love with the boy even though she refuses any financial aid. Yes, because our heroine refuses to depend on a man as does her mother, she refuses to trust, but she also refuses to let go of things. But Brody is far from her father and he would never hurt her, however, it does not change the ideas of the young girl who has a hard time letting anyone else get into her broken life. Yet this boy could also be broken by his own demons, and she discovers his own past gradually. But each will have to open up to the other, to evolve, to trust, to face what happened and to move forward. One thing is certain it will not be easy.

I really had a great time with this novel even though everything was really heartbreaking. The stories of our two characters are really touching and it’s true that we hope that they will have a happy ending together. Lety is dealing with the consequences of what she has suffered over the years and we fully understand that, yet we also know that Brody could be the one to help her. But the young woman is also very strong, she will dare to act when no one has done this before, to stand up to her father despite the consequences. We also learn a little more about Evie and Matheo, what they are doing even if we do not see them much here. The Lety’s sister was not very present either but I am very curious to discover her own story!

Again this is a really powerful story that the author presents here. We can only be carried away by all the feelings presented and we suffer with the characters, we share their hopes and we expect a happy ending for everyone. But nothing will be easy and although like Lety, we’re angry with her mother who lets things getting worse, we hope someone will step in to help this family. A new very good story to discover.

38 thoughts on “Once Loved by Cecy Robson + Giveaway”