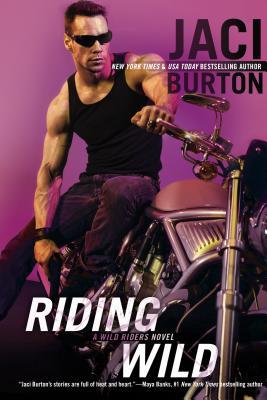 Mac Canfield was the last man Lily West expected to see again, never mind aim her gun at. But there he was, the bad boy who’d broken her heart years ago – still a thief, hijacking a priceless artifact – and it was all she could do to push aside the memories of how it felt to have his perfectly chiseled body next to hers.

Mac was no less shocked to see the beautiful girl next-door again, threatening to shoot him. Little did she know she was blowing his cover. He had to get her out of harm’s way without succumbing to his desire to take her on a hot trip down memory lane.

But Lily has no intention of going anywhere with Mac, which means he’ll have to resort to kidnapping. Unless she agrees to let him take her for the kind of ride destined to drive them both unbelievably wild.

Review: I am increasingly drawn to novels featuring Bikers. Although I have read only one at the moment, I was curious to discover a bit more. Jaci Burton seemed like a good idea. Indeed, I had the opportunity to read some of her other romances and after spending a good time with them, I wanted to try another of her series.

Mac and Lily have a past history together, but this relationship didn’t really end that well. 10 years have passed and each lives his/her life on his/her side … Lily became a private detective, far from her father to avoid the affect he can do on her life. As for Mac, he now works for a secret government agency and his last mission, places him straight on the road of the young woman. Indeed, while Lily watches a museum, our biker enters and steals a hidden virus in an artifact … What happened to him? For whom is it? Can she trust him?

It was nice enough to read about Bikers even if this side is actually quite light. It focuses mainly on the virus and the actions of our characters but especially the close relationship of the two. Even though I had a good time with the novel, I admit that hot scenes were a little too present for me and finally I found that the story really only turned around that. However, I am curious to see what will happen afterwards.

In all cases the reading is done very quickly and we’re easily taken by the author’s style which is always nice to rediscover. Remains to be seen what she will reserve for the second volume.