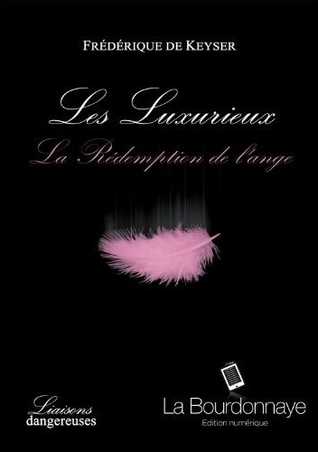 Madimi would however have liked to discuss with Ylsi. Broken, the angel refuses her help and rejects the feelings she has for him. It could be enough to the demoness to use a different language to reach him. The obe of desire?

Review: The angel Ylsi has lost his powers. They were torn by his superiors. He is therefore found to be a simple human. But the angels, by their nature, do not like humans; Ylsi disgusts himself and can not stand being touched.

Madimi is a soft-hearted demoness that collects injured cats. She did not hesitate to host the angel to help him, but with an idea in mind, because she is not insensitive to his charm.

Frédérique de Keyser describes their relationship much more crudely than usual. Passed the first surprise, it is quite significant because it better corresponds to her character Ylsi. It takes us into the vortex of their relationship and their emotions are well developed despite the short format of the story.

I do not know if each short story is actually more intense than the last, or if the fact of reading them the one after the other increases their intensity, but the fact is that these stories are expensive in panties : D