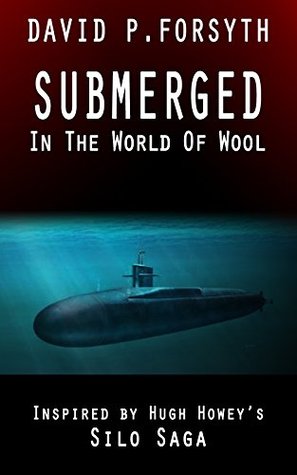 Synopsis: Fans of Hugh Howey’s Wool and Silo Saga may have wondered what happened to the rest of the world after his characters retreated underground. This is the shocking story of a nuclear submarine that witnessed the end of the world and refused to accept it. Join the crew of the USS Florida as they remain Submerged in the World of Wool.

Review: This book is a sort of prequel to the Silo series, written by another but no less talented author.

Captain William Hensley receives a missile launch order but Commander Elizabeth Everett feels that something is not normal. She is convinced of that when she discovers the targets of the second launch. She manages to stop the process, with the help of the Marines, and arrests the captain for madness after listening to his justifications.

The next step for the new captain of the USS Florida, Elizabeth Everett, is to discover the consequences of the first missile launch and to verify the statements of the former captain. The crew of the submarine will be the witnesses to the end of the world.

This is a very good story, the characters are interesting (female captain!) And it is well written. I was unable to release the book until the end.

One complaint: the end, this is not a cliffhanger but the story is not over and I remain a little on my hunger. I have to wait for the next book 😉

12 thoughts on “Submerged in the World of Wool by David P. Forsyth”