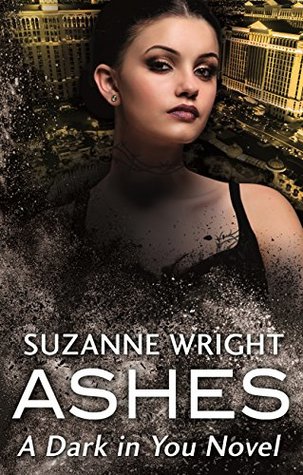 Synopsis: Knox and Harper’s story continues as the Las Vegas lair – and its two infamous Co-Primes – face their most terrifying enemy yet . . .

Together, Harper and Knox have overcome just about every evil thing you can think of – from Horsemen of the Apocalypse to dark magic practitioners to Lucifer’s insistent belief that he’s hilarious. They’re looking forward to some well-earned downtime – until Harper is attacked by mercenaries in the middle of her tattoo shop. Worse still, the attackers are trying to take her wings – the ones no one is meant to know she even has.

It’s a near miss and once a furious Knox has managed to pull his demon back into line there’s only one thing clear – someone knows Harper’s secrets and is systematically setting out to destroy her. It seems likely that someone is the third Horseman – but how do they know so much about Harper? It seems the impossible might be true – they have an enemy hiding at the very heart of the lair.

To survive Harper will need to embrace power that’s darker than she’s ever experienced and even Knox can’t protect her from everything – though God knows nothing’s going to stop him trying. The stakes have never been higher, for if Harper’s taken by this new threat, Knox won’t be able to stop his demon from taking a vicious pleasure in tearing the world apart . . .

Review: I was impatient to plunge into this third volume immediately after receiving it. I really like Suzanne Wright and I think she brings a lot of ideas into this series.

Since her new status, Harper is now the prey to a large number of people including Knox’s enemies. She just did not expect to be attacked in her tattoo studio and even less by someone who wants to steal her wings while no one is supposed to know she has any. But in addition to these attacks, and Knox’s deep desire to find out who’s behind all this, Harper has to deal with other issues. A demon child has just been found and when his arrival coincides with some murders and that he seems “empty”, everyone worries … I was really wondering who this little boy was because his behavior is very strange but I admit that finally I was very surprised. On top of that, Harper is going to learn some very good news that will change her life but it will also have to deal with the consequences.

It was really a great story and I did not expect so many elements to evolve here, whether in relation to her personal life, the bad guys but also regarding all the people who evolve around our two characters. We discover the identity of a new villain and I admit that I did not expect it at all! There is one left and I am even more curious now! Harper is a strong woman and although it’s hard for her to stand up to anything that happens, I’m very impressed.

21 thoughts on “Ashes by Suzanne Wright”