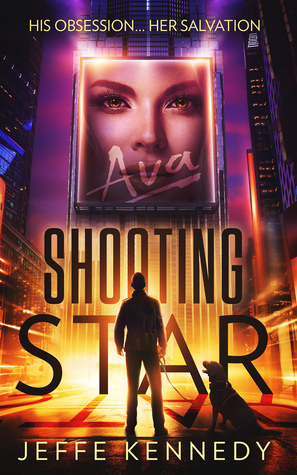 Synopsis: Not all desires are shiny and sweet—and the dark ones might change you forever…

It’s not the kind of obsession a tough Army guy can admit to—a jones for Ava, the pretty-princess pop star. Not just her body, the perfect product that sells all those magazines. Her music.

The critics call her human lip gloss, all style and no substance. To Joe Ivanchan, Ava is the exact blend of reality and fantasy that he can tolerate, the closest he’s willing to get to giving his heart after the injury and breakdown that got him out of the service.
But Ava is real. She’s a flesh and blood woman with a publicity machine and an album deadline, along with a whole team of handlers paid to shellac a pristine sheen over a damaged, desperate soul. A woman with fears, with secrets, with desires.

When Joe finds himself in an interview to join her security team as her driver, his instinct is to get away. But the woman behind Ava’s carefully focus-grouped image is even harder to walk away from. The angry needs tormenting her speak to something within Joe. Something empathetic, protective—and primal…

Besides, even a falling star can light up the darkest night.

Review: This is a new romance that Jeffe Kennedy offers us today, something a little different, a little darker, with wounded and difficult characters.

Joe is a former member of the military who was forced to leave after an accident. We do not know exactly what happened and it is rather in the second part of the story that we will learn exactly what happened. The only thing that has helped him so far is Ava, this young pop star who managed to touch him with her music, to the point that at the beginning of the novel he became practically an obsessive fan. The last thing he expected after being able to recover was to be contacted to become the young woman’s bodyguard and driver. Determined to set limits and protect her, he did not expect to discover the secrets that Ava hides, as well as the pain she tries to deal with on a daily basis. Yet together they may be able to accept their differences, to open up to each other and to try to move forward.

It is a story of broken beings, it is not a simple story and we discover little by little what the characters hide. I really enjoyed discovering the real Ava, the one she usually hides and finally, seeing Joe trying to help her, to share with her a piece of his life so that she realizes she’s a lot more than what she thinks.

I was a little afraid at the beginning of the novel with the unhealthy and obsessive side of the hero, but finally, he becomes a normal fan again. I admit that I had trouble seeing when the transition took place, because once in the service of Ava, he manages to set limits that I did not think possible at the outset.

It was a good read and I loved to discover more about the characters, even if we discover with sadness all they have undergone each of their side.