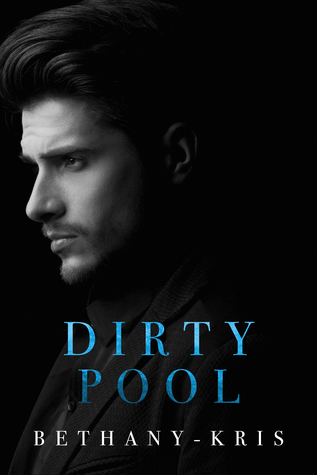 Synopsis: To get what he wants, he’ll have to play a game of dirty pool.

Michel Marcello never wanted to be a mafioso like every other man in his family—he wanted to be more. That doesn’t mean he’s unfamiliar with the life, or that he can’t hold his own against other made men.

They forgot where he came from …

His chance encounter with the fiery and beautiful daughter of Detroit’s most notorious Irish mob boss stokes flames beyond the ones that ignite between Michel and Gabbie Casey. Rivals shouldn’t mix, but these opposites have never been more attracted, either.

The lines between family loyalty, their duties, and responsibility begin to blur.

But these two aren’t the only ones playing this game, and it just became far more dangerous to get out alive.

Review: After seeing Michel in the other novels, I must admit that I was really curious to discover his story.

We discover our hero during his studies in Detroit. He studies quietly in his own corner, without interfering in his family’s affairs. He’s not interested. He does not want to be told what to do and how he can live. So when he meets the daughter of the Irish mafia boss’s boss, Gabbie, he doesn’t expect to fall in love with her. Nor does he expect this relationship to be so complicated and have such an impact on the big families in the city.

As I was saying, I had a good time with Michel and Gabbie. They try to do the best they can to live as they want, but it is not easy. Gabbie is a character I particularly liked, she is fiery, fresh and determined, just like Michel on this point. Oh yes, because he’s really determined, especially when it comes to the young woman.

It was a nice novel, the ending seemed a little too fast for my taste but I was happy to discover their story.

11 thoughts on “Dirty Pool by Bethany-Kris”